“A” is for Antietam National Battlefield: 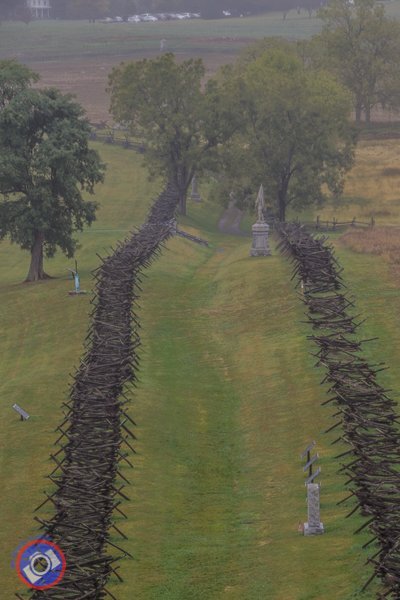 Immerse Yourself in a Combination of Natural Beauty and Heartrending Tragedy

(This is the first in a new series, “The ABCs of Future Travel”, designed to inspire you to start planning your next trip.) 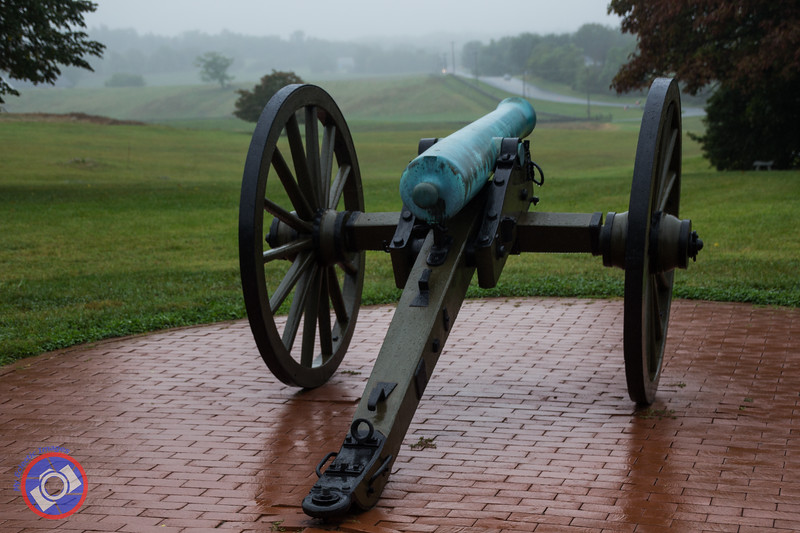 Cannon on the Patio of the Antietam National Battlefield Welcome Center (©simon@myeclecticimages.com)

Antietam National Battlefield is one of the best-preserved combat sites of the Civil War, Although visiting this historic battlefield is bound to arouse strong emotions, it is well worth exploring.

During the fierce fighting that raged for 12 hours, the number of dead, wounded, or missing Union and Confederate soldiers totaled more than 23,000: the largest single-day casualty count in American history. But this staggering statistic is one part of the story of Antietam. First, and foremost, is the recognition that each individual soldier was someone’s husband, son, father, brother, or friend. 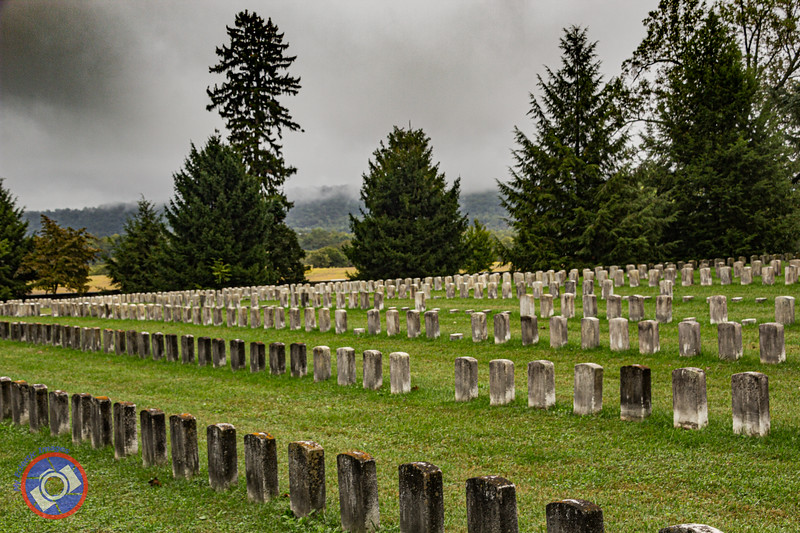 Beyond the casualty count are stories of selflessness, heroism, brutality, and plain dumb luck. The latter involved a copy of Confederate General Robert E. Lee’s plans dropped by a courier and found by two Union soldiers. The plan, stuffed in an envelope and wrapped around three cigars, gave Union General George McClellan the exact location of Lee’s army.

The Battle of Antietam also saw medical breakthroughs. Union army doctor Jonathan Letterman created triage, centralized field care, and employed field ambulances, none of which had ever been used on a battlefield before.

Another first came courtesy of photographer, Alexander Gardner. Because of the enormous number of bodies still lying out in the open days after the battle, he arrived before even a fraction could be buried. Thus enabling Gardner to take the first battlefield photographs showing unburied corpses. For the first time, the public saw the true cost of war, which forever altered its perception in the minds of the American people.

There is much to explore at Antietam National Battlefield. First, watch an introductory film narrated by James Earl Jones at the Visitors Center. Next view approximately two-thirds of the battlefield from the observation room and discover museum artifacts. One of the daily talks by park rangers will give you an excellent overview of the battle and its aftermath. 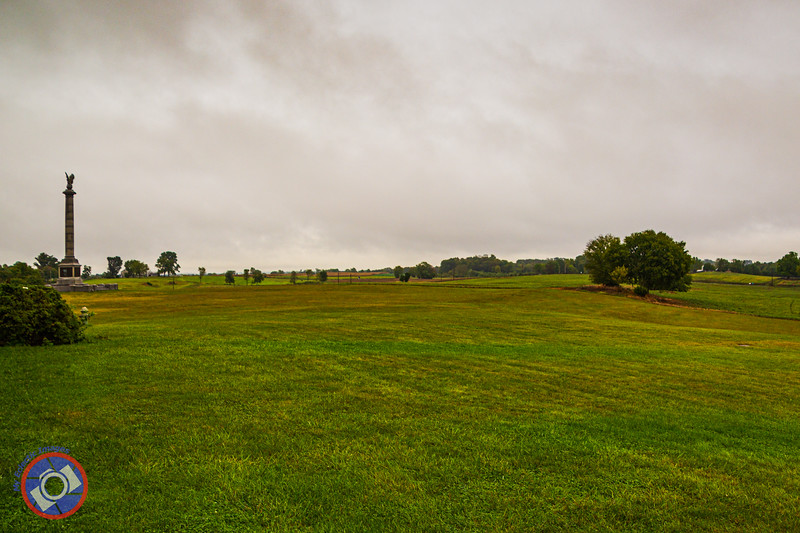 View Across part of the Antietam National Battlefield (©simon@myeclecticimages.com)

Then get up close and personal with the battlefield itself. On a misty overcast day much like September 17, 1862, my husband and I slowly drove the eight-and-a-half mile battlefield in our car, listening to a CD. At each of the 11 stops on the audio tour, we digested factual and disturbing information about what took place. 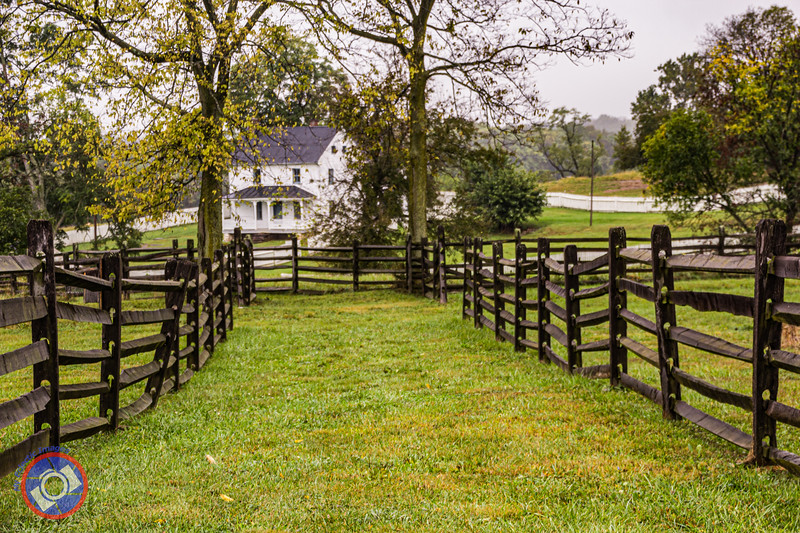 Farm Building on the Edge of the Antietam National Battlefield that Survived the Devastation When Two Armies Engage (©simon@myeclecticimages.com)

If you opt for this tour, allow time to get out of the car and walk the land. The Corn Field and the Sunken Road are especially haunting, as some of the heaviest fighting took place in these areas. Climb the tower at one end of the Sunken Road for a stunning 360-degree view of the landscape. Try to imagine the scene before you as it would have appeared during and after the battle, and take what you learn from the past into the future. 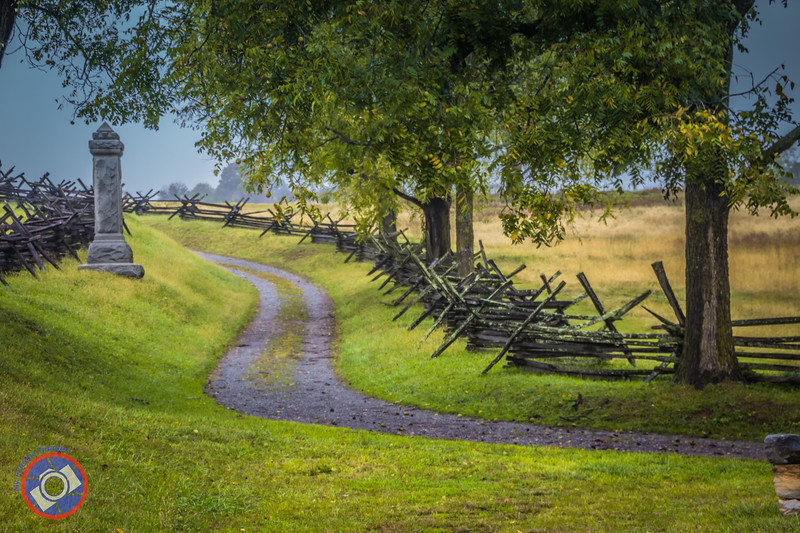 The Start of the Sunken Road at the Antietam National Battlefield (©simon@myeclecticimages.com)

Entrance Fee: $10.00 per individual or $20.00 per vehicle. Schools and military groups visiting for educational purposes may apply for a fee waiver.

The America the Beautiful – National Parks and Federal Recreational Lands Senior Pass – age 62 or older – can be obtained at the park for $10. This is a lifetime pass for US citizens providing access to, and use of, Federal recreation sites charging an entrance fee.

Tour CDs are available for purchase from the book store, or you can hire a licensed battlefield guide for a more personalized experience.