“The Blind Room” and Other Hotel Horror Stories 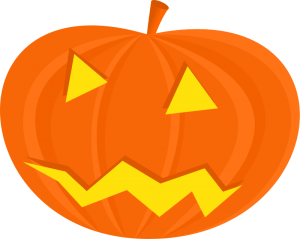 I may be too old to Trick or Treat, and my kids are too old for me to live vicariously through them while guilting them into sharing some of their loot. But, it is Halloween, and no one is too old for six-legged “tails of horror” on the road.

Now let me be clear. Most of our hotel experiences have been memorable in positive ways, or, at the very worst, not memorable at all. However, each of the following four stories was anything but pleasurable or funny at the time. Time is a great softener of negativity, and if enough years go by, it’s often possible – even downright desirable –  to see things in a different light. So sit back, and prepare to be more amused than horrified, because, over the years, these tales have been a hoot to tell!

“This place looks very nice,” said Simon, as the car came to a stop in front of the Ocean View Hotel on Tybee Island, a family-friendly vacation spot just south of Savannah, Georgia.

It was early April, 1990, and we were returning from a Cub Scout camping trip in the southeast corner of Georgia. Since it was Spring Break, we had decided to spend some time in the Savannah area to give the boys some southern history, with a hefty dose of fun thrown in. Little did we know that we had just entered the “Dark Side” of Tybee Island.

Simon went in to see about available rooms, while Kevin, Gary, my guide dog, Buffy and I waited in the car. When he emerged, he was fuming. It seemed that Molly,, the desk clerk, had told him that she couldn’t give us a room because of the dog, and there was no reasoning with her.

Never wanting my children to bear witness to their mother allowing herself to be thwarted by ignorance and/or stupidity, I jumped out of the car, put the harness on Buffy, whipped out my little book of state laws regarding access for people accompanied by guide dogs and marched through the front door to set Miss Molly straight.

To make a long story as short as possible. Molly called the owner, a wealthy Greek immigrant named Mr. Spirides. He said, “I make the laws around here,” but then grudgingly said that we could have the “handicapped” room in the old section of the hotel.

Considering that we didn’t need a wheelchair accessible room, and since the hotel was obviously half-empty, we told him that we would prefer a room in the much nicer newly built addition. Spirides wouldn’t budge, because, “the dog might scare the children in the elevator”. You can cure ignorance with education and information, but there is no cure for stupidity.

That was the last straw. We took ourselves down to the police station, and filed a formal complaint.

How did it end? When we returned a week later for the hearing, the courtroom was packed. Apparently, Spirides wasn’t particularly well liked by the locals, and they wanted to see him get hung out to dry.

The judge was unimpressed by Molly, who shook with fright as she recited what she had obviously been coached to say if she wanted to keep her job. Nor was he impressed by Spirides, himself, as he confidently managed to use his arrogance and smugness to plant both his feet firmly into his mouth.

The jerk received the maximum fine of a whopping $100, but he was about as humiliated as someone with an ego the size of Athens could be. He didn’t pay much, but the people who surrounded us outside the courtroom told us that they were happy that someone finally stood up to a man who was, by all accounts, a big-time local bully.

The hotel maid’s piercing screams could be heard all the way up and down the hall. I had been looking forward to kicking off my shoes in my Macon, Georgia hotel room, after a long day of representing the Atlanta organization for which I worked, answering questions and handing out information at a conference at the hotel.

But when my guide dog, C.J., and I opened the door, all hell broke loose. Housekeeping was shorthanded, and at 5:00 PM, they were still making their rounds. My coworker and conference roommate, Kishwana, was already in the room, and the houskeeper was just finishing up. When she saw C.J., she dropped her supplies, and let forth screams that could have curdled the blood of a corpse.

Since I didn’t think I looked that bad, the logical conclusion was that this woman had an irrational, yet very real, fear of dogs. C.J. and I backed ourselves into the bathroom, so the maid had a clear path to the door. But she was so terrified, she refused to move.

Hearing the commotion, one of her coworkers came running. He was unable to get a coherent word out of the maid, and it took Kishwana’s fast talking to explain that no one was being murdered here.

How did it end? The maid had to physically be dragged out by her coworker, while her screams continued to resonate through the hotel long after she was clear of the door.

It was after midnight on a hot June night. My friend, Pamela, and I were transporting her late husband’s ashes from New Bern to their final resting place in Covington, Kentucky. Finding what looked like a good place to stop for the night, Pamela went in to see if they had a room.

It was déjà vu, all over again. Pamela came out, and she was pissed! “They want to charge $25.00 extra for the room,” she informed me. After a long drive, and a difficult couple of days ahead, neither of us were in the mood for this!

I put on my best smile, walked in with C.J. in harness and Pamela in tow, and said to the desk clerk, “You’re not really going to charge us extra for my guide dog, are you?”

When the clerk finally stopped sputtering hotel policy, I calmly informed him that it was illegal, under both State and Federal law, to levy additional charges for a service animal.

How did it end? A few sputters later, he was on the phone with his supervisor, whom he had woken up. I don’t know what was said at the other end, but we got our room without any more discussion, and without a C.J. charge.

“There’s a huge stain on the carpet,” said my friend Rita’s daughter, Toni. “It’s in the shape of an iron. Looks like someone put the thing down and burnt the carpet.” While we were digesting this, Rita’s sister, Bonnie, pointed out that the hotel room window looked directly out at a brick wall. Suddenly, Rita and I knew – we were in (insert audible gasp here) “The Blind Room”!

The Blind Room is assigned by hotel desk clerks to people who can’t see, because, according to some convoluted logic, the state of the place doesn’t matter.

Rita, a long-time friend and fellow guide dog handler from my Atlanta days, and I had met up in her home town of Minneapolis, Minnesota, for what turned out to be a four-day party with her family to celebrate her birthday.

We shared “The Blind Room” for three nights without incident, at least none that we could see, but on the fourth and last night, disaster struck!

Earlier that day, Rita’s dog, Ramsee had managed to steal and devour an entire raw hamburger at a barbecue at the home of Rita’s daughter, Betty. Rita took all the right precautions, and by the time we were ready to settle down for the night, we thought that Ramsee was empty. That was until the bottom of my bare left foot landed in the middle of a squishy pile of dog poop.

What did I do? First I shrieked in surprise and disgust. Then, while Rita was calling housekeeping up to clean up the mess that neither of us could see, and of which I had entirely forgotten the location, I hopped on my right foot to the bathroom to clean up before I made even more mess. Considering that both of us had consumed a fair amount of wine that evening, I must have been quite an amusing sight. Too bad Rita couldn’t fully appreciate it!

We ended up with two very disgruntled housekeepers, who left no doubt as to how they felt about having to do their job. Sure it was nasty, but it couldn’t have been any worse than cleaning up after people who had indulged way too much, and had spewed from both ends. And there are even more scenarios that would have easily topped Ramsee’s poopy pile on the gross-o-meter.

To add insult to injury, they wanted to add $50.00 to the bill at check-out the next morning. “What about the iron-shaped burn mark,” I protested. “Or didn’t you think we knew about that. You’re going to have to replace that carpet for something that someone else did, so I’m not going to pay for two surly housekeepers to do their jobs!”

So how did this story end? It became another supervisor issue. He wasn’t happy about it, but he removed the charge.

The hotel closed down a short time later, so they probably never replaced the carpet with the iron-shaped burn mark and the “Ramsee was here” spot. That’s unfortunate for those who ended up out of work, but the silver lining to this particular cloud is that there is one less “Blind Room” in the world!