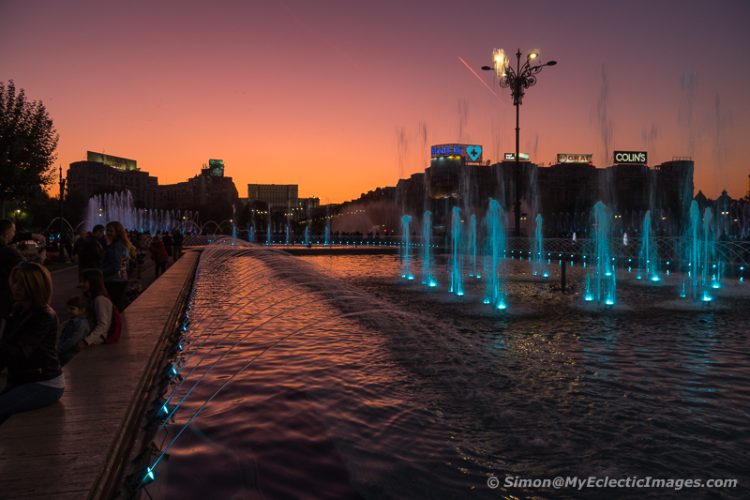 A Tale of Cruelty, Courage, Compassion and Survival

If you are a regular reader of this blog, you know that “Look for the surprises,” is my motto. In this case, the surprise found me in the form of Daniel Farcas. He emailed me, asking if I would review his 2014 book, “God’s Buried Children.” The story chronicled the lives of a group of destitute orphans living under the streets of Bucharest before and during the 1989 revolution that freed Romania from the tyranny of communism. It was a few short weeks away from our planned trip to Romania, so I readily agreed to read Daniel’s book. Daniel had sent me a PDF version of “God’s Buried Children, so I pulled it into VoiceDream Reader, a mobile app that reads printed material in a clear synthesized voice then ran it through the radio in our car. We began reading on the way to a media event in Durham and completed the book on our return ride to New Bern. Spoiler alert: Don’t read this book and expect to be in a party mood immediately afterward.

The Interior of Caru’ Cu Bere Restaurant in Existence for More than 130 Years (©simon@myeclecticimages.com)

In “God’s Buried Children” Daniel, who recounts the story, throws, rather than pulls, the reader into a living nightmare. He wastes no time in describing the horrific conditions under which a group of Romanian orphans lived prior to their escape from the orphanage and the cruelty of the very people who were supposed to protect them.

The children make what passes for a home under the streets of Bucharest, and they become what passes for a family. Daniel recounts their day-to-day lives: begging for coins and food, being forced to give a share to a corrupt street cop, trying – and not always succeeding – to fight off hunger and disease and the lengths to which they are forced to go in order to survive. Some lose their humanity, while others, including Daniel, do not.

It takes a bloody revolution to break the monotony of desperation. Romania frees itself from the iron chains of communism, but are the children any better off?

Walking the vibrant streets of Bucharest,, Simon and I found it hard to relate what we were seeing to Daniel’s descriptions in “God’s Buried Children”:blood pouring down through the manhole cover above, sounds of running, shouting, shooting, and singing, and the chaos that ensued following the executions of Nicolae Ceausescu and his wife.

Cafes, restaurants, and shops now thrive among the eclectic architectural styles of buildings old and new. Locals and tourists speak without fear of reprisal about concerns of non-stop corruption. Bloodstains are no longer visible in Revolution and University Squares. Protests are common occurrences. And the statue of Lenin has been replaced with “The Wings”, a 92-foot tall monument in tribute to those who died bringing an end to Nicolae Ceausescu’s 30-year reign of terror. In Revolution Square stands a sculpture in commemoration of the 1989 revolution. It is generally disliked by the people, who mockingly refer to it as “The Impaled Potato”.

The Impaled Potatoe – a Memorial to the 1989 Revolution (©simon@myeclecticimages.com)

Bucharest is alive and well, but what of Daniel and his family of unwanted children? Was life better for them following the revolution? I’ll let you read the book. Then you can decide for yourself. 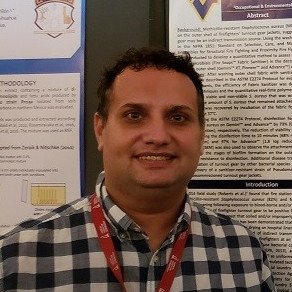 After reading “God’s Buried Children”, I set up a Skype interview with Daniel. To my surprise, this is not his personal story. According to Daniel, “God’s Buried Children” is the story of another man named Daniel, who gave Daniel Farcas his diary in the hope that his story would someday become a novel for all to read.

Confused yet? So was I. Here is what Daniel Farcas told me about how “God’s Buried Children” came to be:

“The boy’s name was also Daniel. This is why I could relate to him and listen to his story. Daniel gave me the diary in 1998, in Bucharest. He went to the U.S. in 1991 and came back to Romania to tell his story. Nobody was listening to him, so, he gave me his journal in the hope that I will write a novel, which I did. Some details I filled in, like the name of his wife. I chose Mariana because my wife’s name is Mariana and I could not remember the name he told me.”

Daniel Farcas Ph.D. came to the U.S. in 2008. He is a biochemist with am impressive scientific resume. Daniel lives with his wife and children in the Washington, DC area.

“God’s Buried Children” is based on the diary of a Romanian orphan and the children with whom he shared a life of poverty, hopelessness, and depravity. Originally written in Romanian, Daniel Farcas had the diary translated into English. Despite a handful of errors in the translation, the brutality of the lives of these children comes through loud and clear.

This is a story that will haunt you, as it still haunts me. Yes, it’s shocking, heartbreaking, and depressing. It also has an element of hope. Love may not always be there to conquer all, but in Daniel’s case at least, it saved a life.

Daniel Farcas is donating all proceeds from “God’s Buried Children” to My American Kids, a nonprofit organization that helps immigrant and refugee children.