Horror, Satire and the Truth about Gated Communities 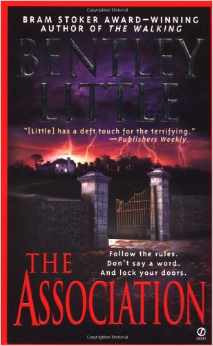 The Association ~ by Bentley Little

In November, 2006, Simon and I were in the Philadelphia area on a three-and-a-half week training program prior to assuming ownership of our auto repair franchise. Little did I know that one of the books I read during that time would have a long-lasting impact on my psyche.

The Association tells the story of Barry and his wife, Maureen, and what happens to them when they  move from California to a gated community in Utah. That’s when they discover that they have moved into the neighborhood from hell.

Their neighbors are strange, the Board of Directors (BoD) sanctions killing pets, hates children and employs destructive and deadly methods for punishing anyone who breaks the constantly-changing rules.

As things go from bad to worse, the couple finds ways to fight back, but the classic good versus evil tale culminates in a fight to the finish that is so bizarre, the reader doesn’t know whether to laugh or shiver with fright.

The Association is written with wit, and what appears to be first-hand experience with gated communities and those who rule them. Like the author of this book, Barry is a horror writer. Some of the events described in the story seemed over the top, but the satire wasn’t lost on me.

Ironically, Simon and I had just moved from Atlanta to Fairfield Harbour, a beautiful gated community in the New Bern area in North Carolina. Although we had heard of various shenanigans perpetrated by the Property Owners Association BoD, I found the comparison between fiction and reality somewhat harsh.

Early on in the story, a neighbor brandishing a clipboard arrived at Barry and Maureen’s house to warn them that they could not hold a garage sale. It was against the rules. Apparently, it was the neighbor’s “job” to wander around looking for violations.

In Fairfield Harbour, people had been seen walking and driving around with cameras and clipboards in an effort to catch their neighbors in violation of a new rule that prohibited property owners from keeping boats, trailers and RV’s in their yards. As mean-spirited as this was, I still believed that our BoD and neighbors were nowhere near the level of depravity as the directors and their myrmidons in The Association. 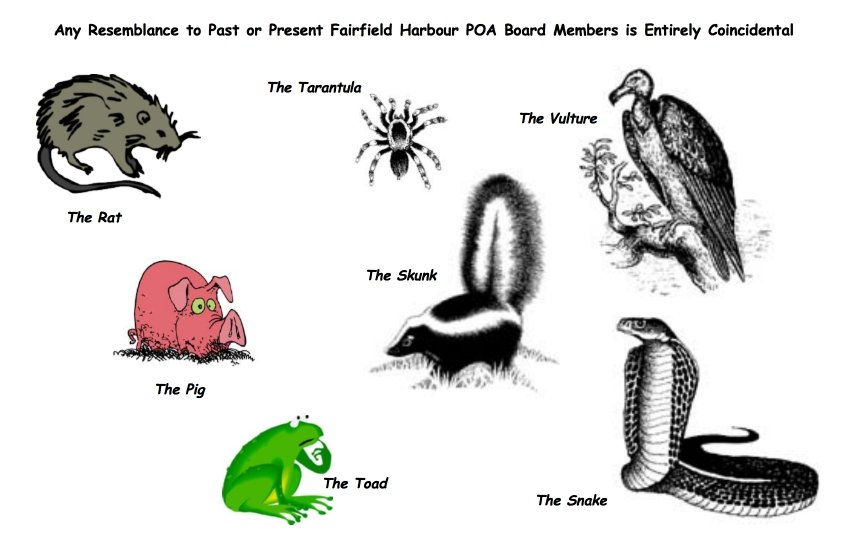 With on-going litigation, squandering of funds, fiscal irresponsibility, fabricated awards, lies, vilification of anyone who dares to question their motives, selective enforcement of rules and a host of other transgressions not involving murder or physical violence, the Fairfield Harbour BoD is beginning to look a lot like the one in the book.

The real-life battle is on-going, and the winner has yet to be decided, but because of the actions of a cabal of vile, loathsome, evil individuals, the beautiful community into which we moved is now a true fustercluck!

Take it from Bentley Little and me, think twice if you are contemplating moving into a gated community. There may be untold horrors awaiting you.