Meet the Beautiful People of Ireland: 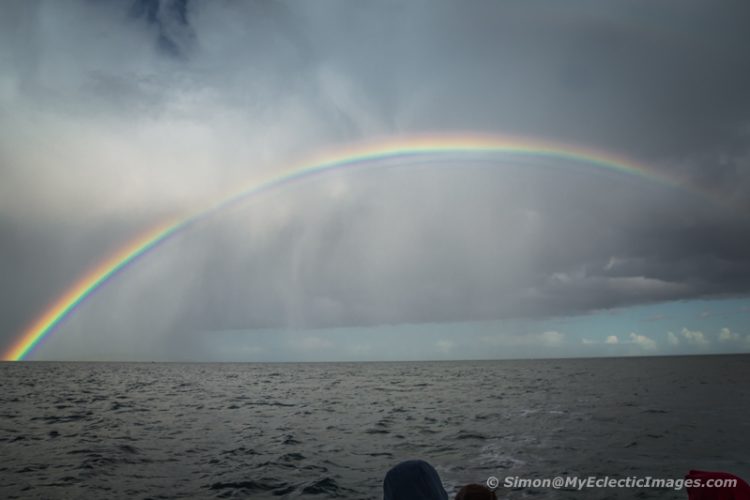 They’ll Steal your Heart, and Fill you with Joy in Return

They shine brighter than leprechaun gold, spread more warmth than fine Irish whiskey and are gentler than the lambs that dot the hillsides and fields of the Emerald Isle. Their unique combination of generosity, thoughtfulness and humor flow like mothers’ milk, nourishing your spirit, and coaxing your lips into genuine smiles. These are the people of Ireland, and for the better part of three weeks, Simon, Otto and I had the privilege of living and learning among them.

Statue in Front of The Entrance to Titanic Belfast (©simon@myeclecticimages.com)

Our head-first dive into Irish history, culture and Guinness began in Belfast, Northern Ireland, and ended in Dublin, the capitol of the Irish Republic. But the inhabitants of both countries are Irish to the core, so all political boundaries will be removed in this post.

Our original reason for visiting Ireland was to attend TBEX (Travel Bloggers Exchange) Europe in Killarney. But consistent with our recent behavior, we created a plan for what else we could do while on that side of the pond. Since neither Simon nor I had ever visited Ireland, a prolonged tour made perfect sense. And consistent with the way our travels turn out, the time we had allotted wasn’t nearly enough.

The people of Ireland do a masterful job of making you feel welcome in their country. I don’t know about the 100,000, because I lost count before the end of our first day. Here is a minute sampling of the kindnesses we received and perceived from the people of Ireland.

When we spent a night at Glenduff Manor in Tralee, we were intrigued with the hotel’s back story. Owner, Michael O’Malley, graciously agreed to a 20-minute interview.

Michael O’Malley the Owner of Glenduff Manor in Tralee (©simon@myeclecticimages.com)

Two hours later, we were sipping Guinness from rare glasses, and digging into some of the best Irish stew on the planet. The former was at Micheal’s insistence, and the latter at the insistence of Siobhan, Michael’s sister and hotel chef.

A Perfect Pint of Guiness Alongside “Mini-Me” a Very Rare Half Pint Replica (©simon@myeclecticimages.com)

Slagging with the Craic Heads

Although Ireland is English speaking, the Irish language is also used. But similar to all populations, the Irish have developed a treasure trove of idioms, phrases and made-up words all their own.

The first Irishism we came across was “craic” (pronounced crack). Loosely translated, it means “fun”, as in, “I’m hoping to find some good craic at the pub tonight”. Needless to say, we overdosed on craic during our visit.

Simon and I also learned that we are natural-born slaggers. To “slag” someone is to tease, as in, “I’m just slagging you, you know.” But in Ireland, slagging is serious business. It’s not unusual to listen to a slagging session, and fully expect a fight to break out. Then the slaggers start grinning, followed by another round of drinks and another round of slagging.

Irish people are friendly. They won’t stand for someone alone or looking lost. Simon, Otto and I were standing in front of a pub in Tralee, looking at the menu in the window. A woman stopped to ask us if we needed help. We asked her about eateries, and conversation ended with her leading us to the door of her favorite restaurant.

In the pub connected to Glenduff Manor, Simon, Otto and I were sipping our Guinness and enjoying the live traditional music, when John, a local fellow struck up a conversation and insisted in buying us more Guinness. What was supposed to have been an early night ended in the three of us just about shutting the place down.

Carol, our delightful guide on our four-day post-TBEX Drama of Dublin trip noted that, “If you ask an Irish person a question, it will become a conversation.” Take it from me, it does. And our conversations have been full of craic.

Reflections of the Irish Spirit

The better part of Ireland’s history isn’t good at all. Between Viking raids, the cruelty of Cromwell, devastating famine, a fight for independence, civil war and more recently, 25 years of sectarian violence, as well as several years of severe economic hardship, the Irish psyche has been consistently battered and bruised. Yet the people of Ireland are survivors. They accept their past, preserve their history and culture, honor their fallen, and find ways to share their bounty with the world. What they don’t do is let their past define who they are now; a lesson other cultures could, and should, learn.

We saw the spirit of the Irish people everywhere we went, from the Cobblestone Pub in Dublin, where we enjoyed live local Irish music, to the Killarney Race Course, where we sampled craft beers, whiskeys, cheeses and more. We found it on two separate visits to the Brazen Head, the oldest pub in Dublin, where we lost ourselves in an evening of traditional food, music and story-telling. We experienced the pride the Irish people take in what they produce. The arts of creating outstanding food, drink, music and story-telling have been handed down through many generations. While in Ireland, we indulged ourselves in copious amounts of all four.

The Cobblestone in Dublin (©simon@myeclecticimages.com)

When it comes to preserving their history, the Irish people have found some unique ways to tell their story to the world. Both Titanic Belfast, on a former part of the Harland and Wolf shipyard in Belfast, and Epic Ireland in Dublin are interactive museums that tell a story. The former takes you through the building and launch of the ill-fated Titanic. The latter explores Irish emigration to far flung corners of the world. Both have bypassed the sensational, and opted for top quality learning experiences for visitors of all ages.

The Marsh Library houses one of the most comprehensive collections of rare books in the world. You can see the table where famous writers like James Joyce and Samuel Becket sat and read.

One of the Very Rare Antique Books at the Marsh Library in Dublin (©simon@myeclecticimages.com)

The Little Museum houses items donated by the people of Dublin. Everything from furniture to a bust of Bram Stoker has come from individuals and families wanting to share pieces of daily life.

The Entrance to the Little Museum in Dublin (©simon@myeclecticimages.com)

In keeping with the uninhibited nature of the Irish people, the statue of the much sung-about Molly Malone depicts her as a comely wench with a pronounced cleavage. This has earned her the nick-name the “Tart with the Cart”.

Its the humor, respect for their culture and those of others, as well as creativity, kindness, a strong work ethic and an innate curiosity about everything and anything, that define the Irish people today.

It should come as no surprise that Ireland now owns a piece of my heart. The stunning landscapes, fascinating museums, amazing food scene – oh, and did I happen to mention the Guinness? – are only a few of Ireland’s many treasures. You can learn about it from books, travel magazines and blogs, movies and television, but you won’t know Ireland until you’ve seen it in person. The pot of gold at the end of Ireland’s rainbow is its indomitable, incomparable people. They’ve made Ireland the magical destination it has become. Give yourself the gift of the Irish, and you’ll leave a piece of your heart with them as well.

Disclaimer: During our visit to Ireland, we were generously hosted by Failte Ireland, Titanic Belfast, Dead Center Tours, Bru Na Boinne, Glasnevin Cemetery, EPIC Ireland, Bushmills Distillery and Jameson Distillery. However, all opinions, as always, are entirely my own.