Both Hands On the Wheel at Rocky Hill Pottery: 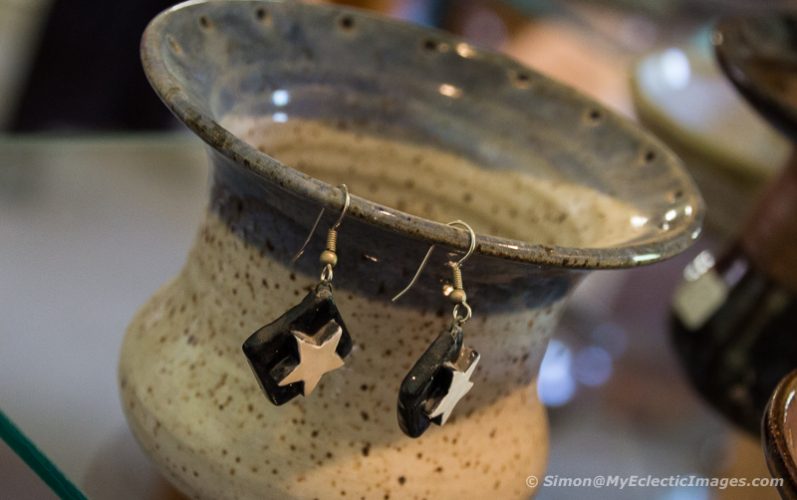 When Fingers Meet Clay, Anything Can Happen

It was a two pound lump of clay, reminiscent of the plasticine I played with as a child. But master potter and owner of Rocky Hill Pottery, John Keddy told me it could be transformed into something functional if I followed his instructions, and I believed him.

Simon, Otto and I found ourselves in John’s studio one rainy morning in the town of Bath, NY in the Finger Lakes region. It was to be my first experience at throwing a pot using a wheel. Meanwhile, Simon took photos, shot video and tried not to laugh at his uncoordinated wife attempting an art requiring at least some coordination.

The session began with John confessing he had never worked with someone who was blind. He then proceeded to guide me through the pottery process in a way that, had John not indicated otherwise, gave the impression he had been working with people who were blind as long as he had been working with clay. “I want to make sure you have a good experience,” he said.

The Way of the Wheel

John began by showing me the various “high-tech” tools used in throwing pots:

Then John showed me the wheel itself. The peddle on the floor controls the speed of the wheel, and is similar to that of a sewing machine. “You use your toe to speed up, and your heel to slow down,” John explained. The wheel can be made to spin in either direction in order to accommodate lefties as well as righties.

John handed me a round flat disk, called a bat, which had a rough texture on one side. Bats are used when more than one person will be working on the same wheel. John instructed me to put the bat rough-side-up on the wheel. He pointed out two small holes on opposite sides of the bat. With a little fiddling, I managed to line the holes up with the two corresponding pins on the wheel, and pop the bat securely into position.

“You have to come here prepared to get dirty,” John said, handing me an apron. He then placed a ball of clay on the bat and centered it by using the peddle to slowly run the wheel. Then, he gave the clay a sharp pop to keep it in place. He saturated a sponge, and squirted the clay with a generous amount of water to keep it from drying out.

John had me placed my hands over his as he created a well in the center of the clay. I felt the position and movement of his fingers as he applied pressure to form a symmetrical cone shape. After compressing the walls and building them up again once more, he explained that this process, called centering, is repeated at least once to make the clay easier to work.

My hands followed John’s as he opened out the walls by putting his thumbs together and pushing outward until the bottom was about one-and-a-half inches thick. Another addition of water, and John placed his right hand on the outside wall to keep it from expanding outward too far, he simultaneously worked the bottom to the desired depth with his right. John pushed the sides out to widen the bottom with an upward pulling motion.

After inserting a needle to make sure the bottom was the correct thickness, John took the wire tool, and cut the pot in half. to show me his finger marks on the inside walls. If the marks had moved diagonally upward, the walls would have been uneven. John’s were parallel to the bat, and his walls were perfect.

John threw a new pot with my hands over his, and then it was my turn at bat.

Taking a Spin or Two

John and I swapped places, and I began to experiment with the peddle. The first task was to center the ball of clay on the bat. It took some effort to get my lead-foot under control long enough to do the job.

After being threatened with a fly swatter if I didn’t do what he told me, John proceeded to coach and encourage me as I pressed, pushed and added water at the appropriate times. John’s verbal guidance was spot on.

John drew my attention to a small amount of clay sticking out near the bottom of my nearly finished pot. For the first time, I used a credit card for something other than making a purchase. It worked like a charm as a rib to remove the offending clay cling-on. Holding the flat edge of the card gently against the side of my pot, I ran the wheel slowly while the rib scraped off the excess clay.

Following John’s instructions to the letter – no fly swatter necessary – I worked the pot until the needle test measured the desired thickness of the bottom. When opening out the walls, John gave specific directions on what to do with which hands and fingers. Once I had used the sponge to even out the bottom and sides of my clay creation, John said triumphantly, “You just threw your first pot.”

“My Response? Wow! I never knew I could make something not too lopsided.” But I had completed a respectable-looking dish.

My second attempt was problematic. It was difficult keeping steady peddle control. And the sides of the pot drooped out and down, transforming it from a functional piece to a decorative piece.

The throwing room, where John teaches classes of five students four nights a week, contains five electric wheels. His students are predominantly female, either retired or working during the day.

John is creative and flexible when it comes to insuring all his students fully participate in his classes. He put the peddle on a block, where his 75-year-old student could reach it with her hand. Peddles can be set to maintain a constant speed. Not the most desirable way to work, but the system worked for her.

Another student was pregnant, and had painful back problems. This time John raised the wheel to waist height so she could work in a standing position. It’s hardly surprising working with me came so naturally to John.

One area where John is totally inflexible is smoking. Not only is the habit banned from the premises, he won’t even allow the students to make ashtrays.

As John showed us around his studio, he proudly pointed out professional-looking pieces his students had made. Arranged on a demo shelf, was an assortment of his own pot lids. John had deliberately placed one with a broken handle in front. This was to demonstrate to his students that things can happen even to a long-time potter.

John handed me items and asked me to identify them. I couldn’t. One was a Knitting bowl to keep a ball of yarn coming out smoothly. Another was a piece that looked like a holder for a large candle. This turned out to be a holder for jewelry, complete with holes in the rim to hang earrings.

Although John enjoys making enormous pots, he’s limited by the capacity of his 10 cubic foot kiln. However, the kiln is adequate for firing his and his students’ creations.

John Keddy was born and raised in the Finger Lakes. But when Uncle Sam drafted him, it was off to Fort Brag near Fayetteville, NC. John did some moonlighting at a hospital in the nearby town of Laurinburg, where he impressed his employers to the point of hiring him full-time as soon as his military service was done.

John enjoyed his job as an X-ray technician, but saw no opportunities for advancement. He was learning a great deal from the medical staff, who let him watch them at work, and answered his questions.

At first, John considered a medical career, but settled on veterinarian medicine. “With animals,” he reasoned, “you might get bitten, but you don’t get chewed out like you do with people.”

When John went back to school, he took biology and chemistry, but didn’t qualify for vet school. When a friend told John he could earn an easy A by taking a pottery class, he decided to give it a try. John fell in love with pottery, and immediately changed his major. Since John also always had a strong desire to teach, his course in life was set.

John now teaches and works as a potter for a living. Staying close to his original career goal, he supplies urns to local vets for the saddest aspect of their profession. He also fills orders for special events, such as the Heritage Village Craft Beverage Expo – a fundraiser kicking off Finger Lakes Craft Beer Week – where John supplied beer mugs for all attendees. On the other hand, John seldom exhibits at festivals, preferring events such as the Hammondsport Arts in Bloom, an annual springtime event, where people come to his studio. This way, visitors not only see his pottery, but can see how it’s done.

Because my ‘masterpieces’ needed time for firing and glazing, It wasn’t until we arrived home from our Finger Lakes visit that Simon and I saw the finished fruits of my efforts arrive in a box. The ‘beginner’s luck’ piece is now a perfect resting place for the plant on our coffee table. I haven’t decided what to do with the result of my second effort, but it reminds me of a giant flower. The candle holder scenario may just end up winning out.

The pottery is a gentle reminder of a pleasant morning spent in delightful company, but it’s not the best part. For me, it’s recalling the sensation of my hands working and molding wet clay. And it’s John’s patience, humor and sensitivity that makes our time in his studio so vivid in my memory.

John told us he doesn’t believe he’ll ever be a master potter. “Because I’m always learning,” he explained.

“That’s exactly what makes a person a master,” I countered. “They’re always in the process of learning and teaching others what they have learned. Some of John’s students now have their own studios. I rest my case.

Disclaimer: Our visit to Rocky Hill Pottery was made possible through the generosity of Corning and the Southern Finger Lakes and John Keddy. However, all opinions are, as always, entirely my own.

Do you have a hands-on experience that sticks with you no matter how much time has passed? If you do, we’d love to hear about it in the comments.

Both Hands On the Wheel at Rocky Hill Po… 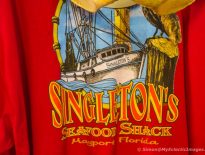 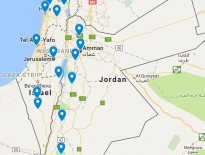