In Search of a Panamanian Paradise ~ Chapter 5 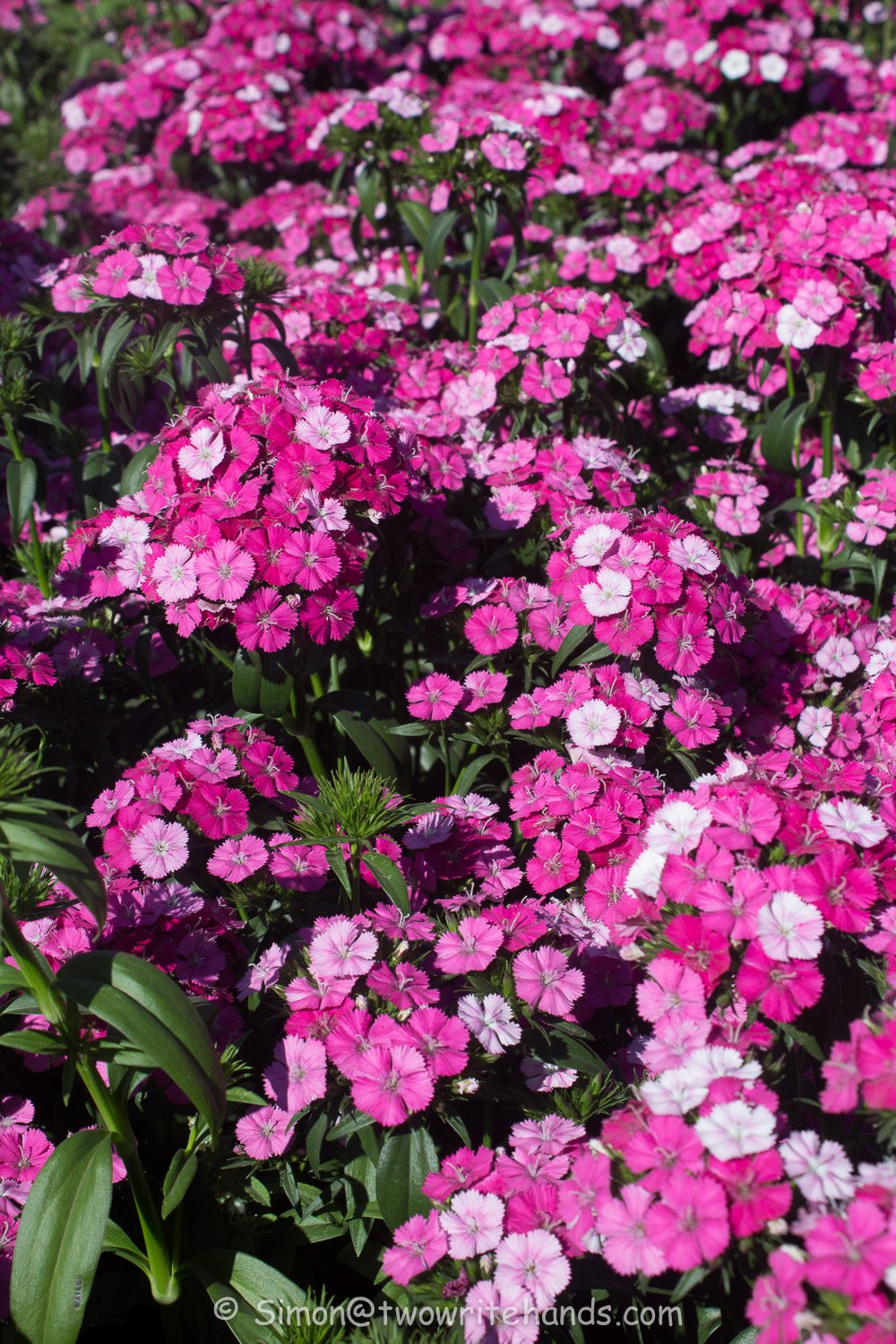 Boquete: The Town that Loves to Celebrate

If there ever was a town that embraced the spirit of celebration, it would be Boquete. While folks in the U.S are freezing their butts off from January through March, it is summer time in Panama.

The weather is dry and temperatures are moderate, so the two “summer” festivals stand an excellent chance of drawing crowds of tourists and locals alike.

The Flower and Coffee Fair

The third week in January is the usual time for this 6-day party at the fair-ground in Bouquete. This year, it began on the 15th, the very day we arrived, and ended on the 20th.

Boquete is known as the Flower Capital of Panama, and the coffee grown in Chiriqui Province is some of the best in the world.

After getting settled, and getting acclimated to the area, we went into Boquete to see what the fuss was all about. At first, the festival appeared to be similar to any county fair back home. There were over-priced trashy items for sale, along with a wide selection of ubiquitous fair foods. There were rides, jugglers, clowns, as well as other kid-oriented forms of entertainment. But then, below the surface, were the aspects that lent a uniquely Panamanian flavor to the festivities.

There was far more emphasis on the flowers, but there was a stall where you could see the various stages of the coffee bean. The fruit, which is picked from the plant, is smooth, with a sensation of wetness on the fingers. It has no smell, and I couldn’t help wondering who first saw the potential for greatness in such a dull-looking offering of nature. I’m just glad that someone did.

The raw bean was the next item to be examined. It looked like a coffee bean, but still had no smell. Someone in some long-ago must have been persistent.

The last item was the real thing. Coffee beans that had been roasted. When smelt, they definitely emitted a promise of something wonderful to come. Little did we know that this exhibit barely scratched the surface of coffee production, but I’ll save the rest of that story for another post.

There were various types of locally grown coffee to sample, but by this time the temperature had risen, and although the humidity was still on the low side, the sun was very strong. This discouraged me from wanting to put anything hot into my body. 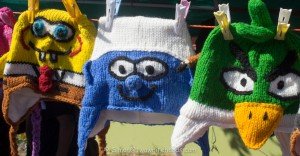 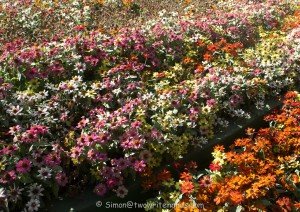 A Profusion of Daisies 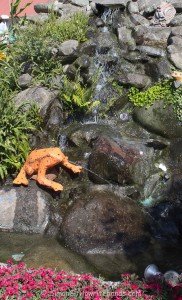 As for the flowers, they were numerous and adorned the landscape with a profusion of color and fragrance. They were also touchable. One in particular was an adventure for the fingertips. The red and orange petals were small, bushy, with two textures. Some of the petals were paper-thin and soft, while others had a firm texture. The combination made for an unusual sensation. Unfortunately, I never found out what it was called.

At a conference back in the 80’s, the keynote speaker encouraged us to, “look for the surprises, wherever we are”. That one single phrase struck a chord with me that has stuck in my head ever since, and it has served me well, especially in my travels. 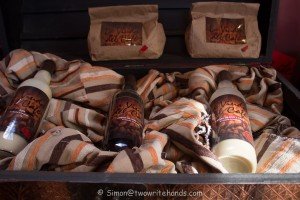 The first surprise was the sample of La Vinda del Cafe we were offered at one of the stalls. It was a locally produced and bottled coffee infused rum that had a perfect balance of flavors. Each element was distinct, but, like fraternal twins, seemed to belong together. There was a hint of sweetness that enhanced the flavor rather than masking it. The texture was slightly creamy, and the smooth finish left me wanting more.

The second wonderful surprise was a stall showcasing baskets and carvings made by the Embera-Wounaan Indians from the Darien Province of Panama located near the border with Columbia. 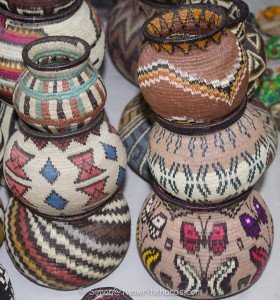 Traditionally, it is the women who make fine baskets that are so closely woven that one large basket can take up to eight months to produce, and are reputed to be so finely woven that they can hold water. They are made of reeds and depict life-like village scenes, birds and animals. 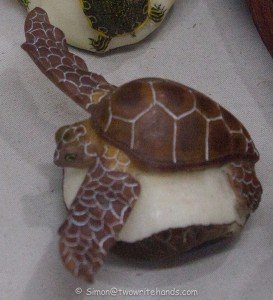 The men are famous for their intricate cocobolo wood and tagua carvings. The turtle I picked up to examine was smooth in some places and rough in others, with intricate carved lines throughout, and it had more weight to it than I would have expected for an item that size. 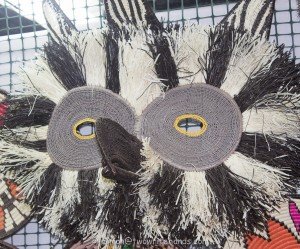 Income from sales of these one-of-a kind works of talent and patience reduces the need for cutting down rain forest trees. 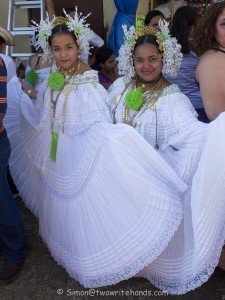 Then came the young dancers, performing steps and movements that had everyone swaying, clapping and tapping to salsa-like rhythms that could bring a smile to the most curmudgeonly face. The teens were dressed in white, and the girls had long skirts that made it possible for them to add a great deal of panache to their whirling and twirling.

The evenings brought live music, and a party atmosphere in the streets of Boquete. In our apartment in the hills above the town, we could hear strains of upbeat tones and rhythms that were impossible to distinguish. They were there, but they weren’t at all obtrusive. Flowers, coffee and music. Who could ask for more?

The Flower and Coffee Fair brings visitors to the Boquete area from every region of Panama, its neighboring countries and around the world. For more information on this annual tradition, go to http://www.chiriqui.org/ingles/indexing.htm

All that Jazz with Some Blues Thrown in

No sooner has Boquete taken a little time to settle down from the Flower and Coffee Fair, than it’s time for another party. February is the month for the Jazz and Blues Festival. This year, it took place from February 13th to the 16th. Unfortunately, due to poor planning on our part, we had to miss most of it. What we did manage to take in, though, was a true delight. 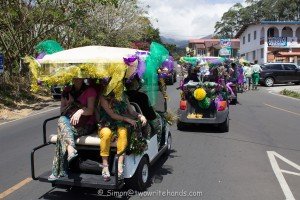 The Jazz and Blues Festival Parade

Festivities began at noon on the 13th with a New Orleans-style street parade through the streets of Boquete. Compared to the real thing, it was shorter, smaller and lacked the depravity that goes along with it. Nevertheless, it was pure fun.

The local jazz band played the same four tunes, including – of course – “When the Saints Go Marching In”. The band was followed by festively decorated golf carts bearing smiling gringos. Candy and beads were thrown, but there was no baring of breasts, or other body parts, as far as we could tell.

Simon, Otto and I stepped into the street, and chatted with parade participants and spectators, as we walked along and took pictures. No one seemed to mind. That’s how laid back and friendly the entire event was. 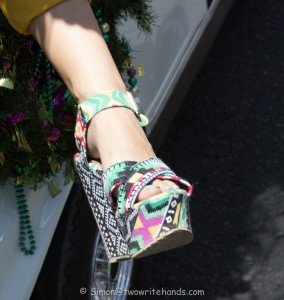 The parade ended at the Panamonte Hotel for a garden party out back, where the Sin Ensemble Jazz quartet, a popular Panamanian group, entertained the crowd that had gathered. 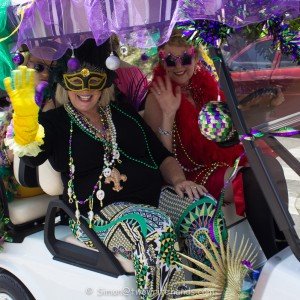 Close-up of part of the parade

The day was warm and sunny, with a light breeze. Music played, children danced, friends and strangers alike, chatted and wine and cerveza flowed. It felt like the best of Panama and New Orleans had blended together to create a memorable cocktail of family-oriented pleasure. 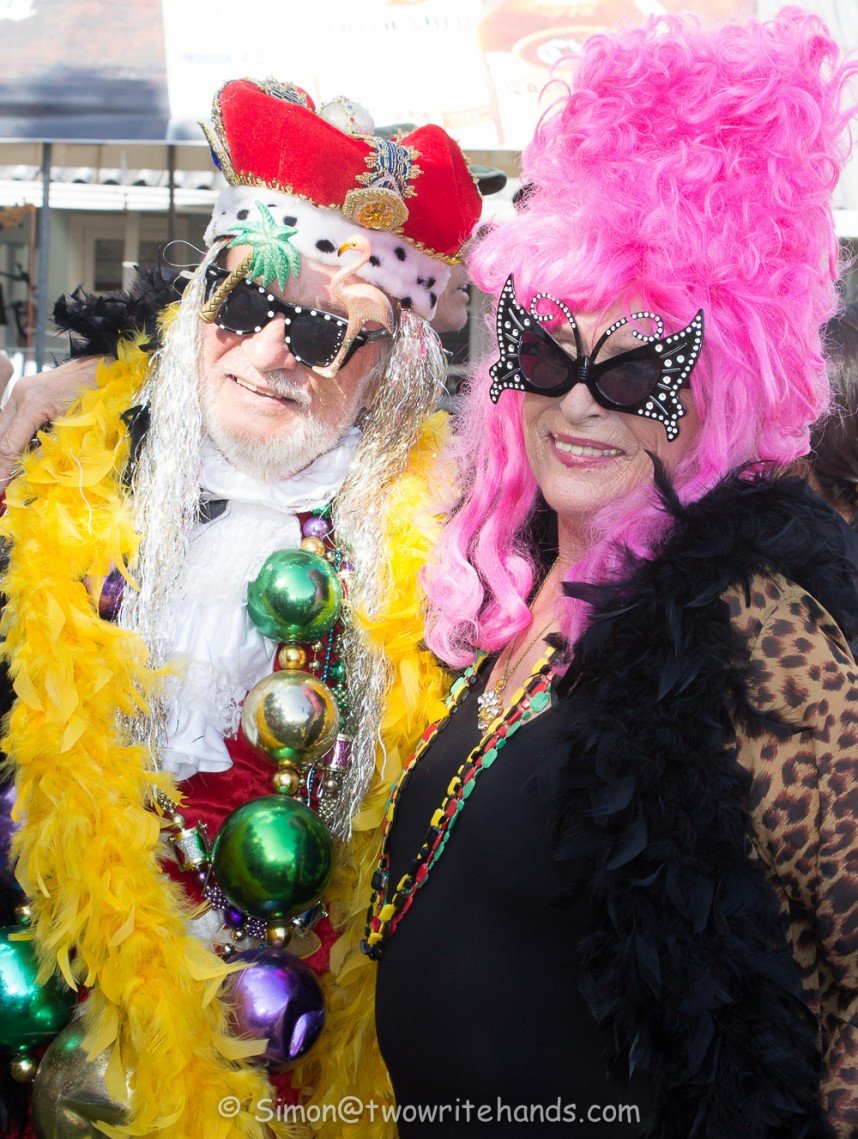 Although we left the following day, we learned that the remaining concerts for the festival had been sold out. But if what we experienced on that first day was any indication of what the Boquete Jazz and Blues Festival has to offer, we want to be there for the entire party on our next visit. 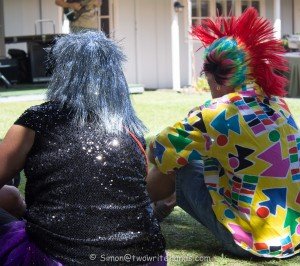 For more information about the Boquete Jazz and Blues Festival, go to