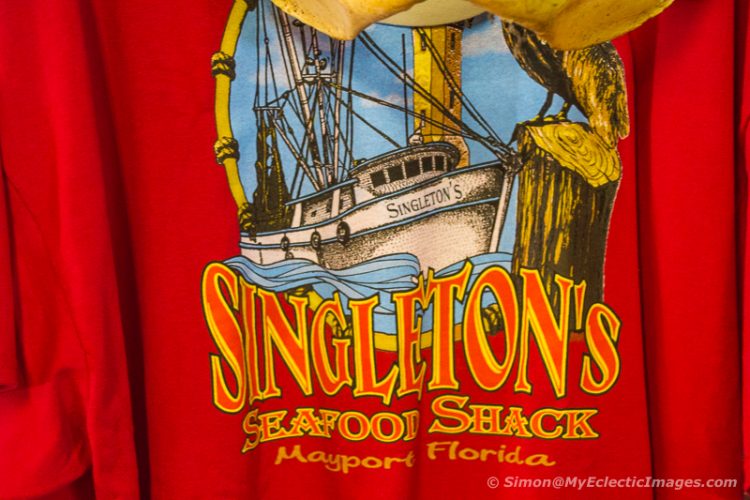 A Family Tradition of Flavor and Freshness

The State of Florida is famous for many things: among them Disney World, The Everglades, hurricanes and fresh, delicious seafood. An excellent representative of the latter is Singleton’s Seafood Shack, a funky, unpretentious restaurant in the Jacksonville area.

We discovered Singleton’s when Gary, our youngest, took us there for lunch shortly after he moved to Jacksonville. What greeted us was an unpainted wooden structure with unpainted wooden decks that looked like it had been haphazardly cobbled together; some of the freshest, tastiest fish I had ever enjoyed; and a story of hard work and family values dating back nearly half a century. Lunch doesn’t get much better than that.

Singleton’s Seafood Shack is located at the mouth of the St. Johns River in Mayport, a fishing village founded in 1562. We found the interior of the building equally rustic to the exterior, but with an inescapable charm.

The décor held surprises at every turn. In the original section of the building, the wooden floors sloped, the ceiling was low, fishing nets and sailfish, as well as newspaper clippings about Singleton’s graced the walls and paintings of pigs by Ann Singleton hung over the bar.

Adding to the no frills, no nonsense atmosphere were wooden picnic tables and benches as naked as the rest of the wood in Singleton’s. Plates, cups, bowls and cutlery were all disposable. A spicy sauce, aptly named “Colon Cleaner” was present on each table.

The original shack where we entered Singleton’s saw expansion over the decades as the popularity of the restaurant grew.

A large dining room, new kitchen and small museum were added to keep up with the demand for Singleton’s fresh seafood and ultra-casual atmosphere.

Singleton’s founder, the late Capt. Ray Singleton, built over 130 model boats, which can be seen and admired at the restaurant. Ray underwent a leg amputation, and used to work on five or six of the boats at once to combat the ensuing depression. According to his daughter, Sally, he never sold a single boat, but gave some away to charity for raffles and auctions.

As we ordered and received our food, servers called us , “hon”, and other southern-style endearments. Florida is after all a southern state, and Singleton’s is as southern as can be.

That lunch at Singleton’s may have been our first, but it wasn’t our last meal of fresh seafood that had been swimming less than 24 hours earlier. Every fish, shrimp, scallop and crab is brought in, prepared and served up daily.

We had fish sandwiches for our lunch. Mine was blackened sheepshead, a firm, flavorful fish I had never tried before. And no, it didn’t taste like lamb.

The next time we were in Jacksonville, we shared a Three Item Combo of juicy, delectable shrimp, oysters and deviled crab. This seafood lover’s paradise was accompanied by fries, crunchy golden brown hushpuppies and slaw. The fries and slaw were good, but not extraordinary. The hushpuppies, on the other hand, were outstanding, as was the seafood.

Of course, you can order non-swimmers like burgers and dogs from Singleton’s menu, if you have an allergy, or simply don’t like fish. However, I would strongly advise anyone who doesn’t fall into either category to skip over those items, and delight your senses with the flavors and aromas of what Singleton’s does best.

Although I haven’t tried them yet, Singleton’s collard greens, Minorcan clam chowder, made with datil peppers from St. Augustine, and New England style Clam Chowder receive much praise from diners. Guess we’ll have to do more research at Singleton’s next time we’re in Jacksonville.

The day we had lunch at Singleton’s Seafood Shack, we were fortunate to had the opportunity to enjoy a sit-down chat with Sally Singleton, Dean’s sister. She gave us the background story of Singleton’s, and what makes the restaurant so special.

The Singleton family started out as shrimpers with two shrimp boats. Sally and Dean’s father, Captain Ray, used both boats in winter, but when summer came, he converted the Sally Ruth, named for the daughter narrating the story, into a party boat. They sold tickets from a tin shack.

In 1969 Ray decided to go upscale, and sell sandwiches, as well as other simple food items. In order to accomplish this, Ray tore down the tin shack. At the time, the family owned a small rental house, which was sitting empty, so Ray had it moved to the former location of the shack.

The Singletons began selling shrimp and fish baskets, as well as retail fish to take home and cook from whatever Ray caught. Ann Singleton, a native Minnesotan wondered why no one around was making shrimp patties. After a little experimentation, Ann transformed the shrimp patties of her childhood into a sandwich.

Ann’s shrimp burgers took on a life of their own, and it wasn’t long before Singleton’s became a cult place to have lunch. The restaurant was especially popular with folks from the nearby Air Naval Station. According to Sally, the only complaint they heard was that Singleton’s closed at 5 PM, when many got off work.

In 1986, Ray discontinued the party boat, and Singleton’s became a full-fledged restaurant. Over the years, the Singletons added on porches and a deck, as well as the large extension. They no longer own boats, but the bounty they purchase from local fishers is as fresh as ever.

Surviving the Wrath of Irma

When Hurricane Irma bore down on Florida, it missed Jacksonville. That’s the good news. The bad news is the storm surge “the bitch” left in her wake overflowed the banks of the St. Johns River, causing some of the worst flooding in its history.

The latest word is Singleton’s will reopen for business just over a week after the storm surge hit. Although many businesses suffered far worse damage, we are hopeful this hard-working and resilient family will continue feeding seafood fanatics for many years to come.

Do you have a favorite family-owned and operated restaurant? Let us know in the Comments.

by Penny time to read: 7 min 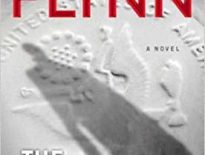 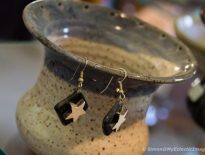 Central and South America Both Hands On the Wheel at Rocky Hill Pottery:
0