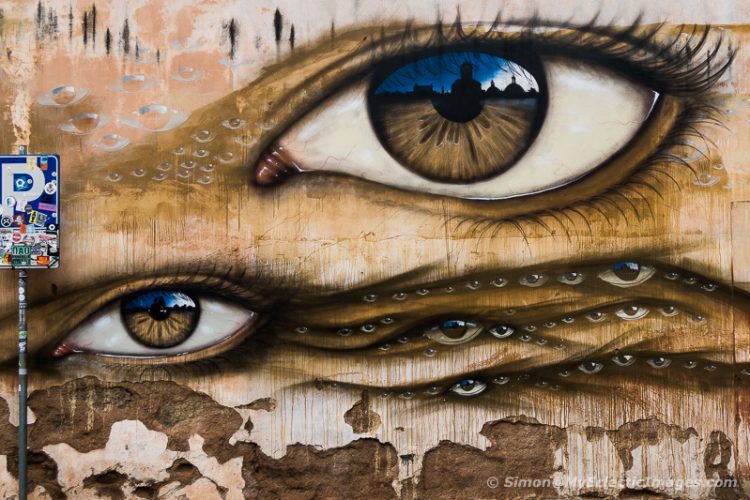 A New and Flexible Way to Discover Local Culinary Treasures.

In recent years, food tours have become almost commonplace on travelers’ itineraries. We’ve taken a guided walking tour in Barcelona, peddled a quadracycle tour in Fort Lauderdale, and careened through narrow streets in Xi-an in a tuk-tuk.  Now, BiteMojo has taken the gastronomic go-round to a new level. This Jerusalem-based company is offering self-guided food tours in European, Asian and Middle Eastern cities that are as flexible as they are fun. All you need is comfortable shoes, a smart phone, the free BiteMojo app, and a good appetite.

Simon Otto and I spent three magical days in Rome’s Trastevere neighborhood. Fortunately for us, one of BiteMojo’s Rome tours is an Artisan Tour of Trastevere. By the time we were done, we had discovered a new way of sampling local foods and learning about points of interest on a schedule that we determined, and at an affordable price.

BiteMojo is the latest thing in self-guided culinary walking tours. in neighborhoods of cities worldwide. Using an app downloaded to an iOS or Android smartphone, you are guided through points of interest between the establishments where you receive your “bites” of local specialities. The BiteMojo app leads you to each location via area maps. The app also includes informative descriptions of eight to ten points of interest, and information on your next bite, the establishment, its history, and owners.

BiteMojo,​ ​the​ ​world’s​ ​first​ ​digital​ ​food​ ​tour, is​ ​​ ​headquartered in Jerusalem. It is a​ ​brand​ ​of​ ​Culinary​ ​Ventures, Israel’s largest food experiences company. BiteMojo​ ​​was the brilliant brainchild of husband and wife owners Michael​ ​Weiss and Yael​ ​Weiss-Gadish, who founded the fledgling company and launched it in Berlin in August, 2016.

How Does BiteMojo Work?

Taking yourself on a BiteMojo tour is brilliant in its simplicity. Here’s how it’s done:

Redeeming the bites on your tour is easy, too. When you are ready to sample your bite, satisfaction is a tap away on the BiteMojo app. Activate “claim bite”; then you have five minutes to show the receipt on your phone to the vendor. I suggest you wait until you and the vendor are on the same page before tapping “claim bite”. We found that not all employees were aware of the owner’s agreement with BiteMojo. So be sure to activate your bite once you know it’s on its way. After five minutes, the bite will become inactive. Once you activate your tour, the vendors on your route are notified of your impending arrival, but the information may not always be communicated to the person serving you.

One of the beauties of the BiteMojo Food Tour is that you don’t have to complete your tour in one day. In fact, you have six months to redeem your bites. Just be sure to explain this to the vendor when you do.

Bites come in many forms and flavors. What they have in common is that they are all carefully chosen by BiteMojo to be local, fresh, and representative of the area’s food culture.

Some BiteMojo tours are designed to cater to vegetarians, while others offer vegetarian options. Before you purchase a tour, be sure to visit the BiteMojo website for information regarding specific routes or bites.

If for some reason you can’t complete your tour, you can convert the value of your bite into BiteCredits, and redeem them for bites on any BiteMojo tour in any city within the six month time period.

Not all establishments have public wifi, so you will need a small amount of data to redeem your bites. Simon and I had our data on his phone, so both our tours were on his app. This can work for a family or small group with access to a data plan on one phone. Out of consideration to the vendors, try to limit your group to no more than eight. Many of the establishments you will visit are small family-owned businesses and a large group is likely to overcrowd the interior.

Although our bites were included in our tour, Simon and I chose to leave a small tip where appropriate. We also purchased extras like bottled sparkling water. So you might want to have a little cash on hand for such incidentals.

Trastevere is a walkable, wonder that lies across the Tiber River from Rome’s historic centre. Once a working class neighborhood, Trastevere has evolved into a haven for artisans, and artists. It also is home to some of the best food to be found in Rome.

If we had gone through our BiteMojo tour all at once, it would have taken us about two-and-a-half hours. Instead, we opted to spread the experience over two days, taking our time and enjoying the points of interest the app described between bites. By stopping at historic buildings, a market, and family-owned shops and businesses, we came away with a deeper understanding and appreciation of Trastevere, its history, architecture, and residents.

Our tour included five bites, however, there was a snag with one, and we ended up missing it. This was not the fault of BiteMojo, but resulted from poor communication on the part of the establishment. No problem, though, we will be able to redeem that last, lost bite elsewhere.

The bites themselves were substantial without being enormous. They were carb-heavy, but rich in flavor and freshness. We weren’t at all hungry after our tour, and hoped like hell we’d walked off at least some of those calories.

Now, without further ado, here’s what you’ve all been waiting for, the food.

The Roasted Pork being Sliced for a Porchetta Sandwich (©simon@myeclecticimages.com)

A Porchetta Sandwich – One of the Offerings on the BiteMojo Tour (©simon@myeclecticimages.com)

In case you haven’t guessed, we are completely sold on BiteMojo and its uniquely practical concept. I highly recommend BiteMojo tours for anyone who appreciates flexibility, independence, fresh local foods, and an affordable price.

BiteMojo tours range in price from location to location. The Artisan Rome Tour was €25, with other tours costing a few Euros in either direction. Considering the cost of standard food tours, you can afford to take the kids along. As flexible as the tours are, this can be a clever way to introduce youngsters to new foods, while sneaking in some history and culture.

BiteMojo food tours are available in several languages including English, German, Spanish and Italian. At the time of writing you can find tours in Bangkok, Barcelona, Berlin, Budapest, Jerusalem, Lisbon, Ljubljana, Madrid, Rome, Singapore, and Tel-AvIv.

BiteMojo has experienced considerable growth since it began less than three years ago, and I have no doubt it will continue to expand to, and conquer, new cities in the future. So my last piece of advice is that you check their website before you travel. I know we will. BiteMojo may be available in our next destination city.

Disclaimer: Our food tour in Trastevere was generously hosted by BiteMojo. However, all opinions, as always, are entirely my own.