“D” is for Durham, North Carolina: 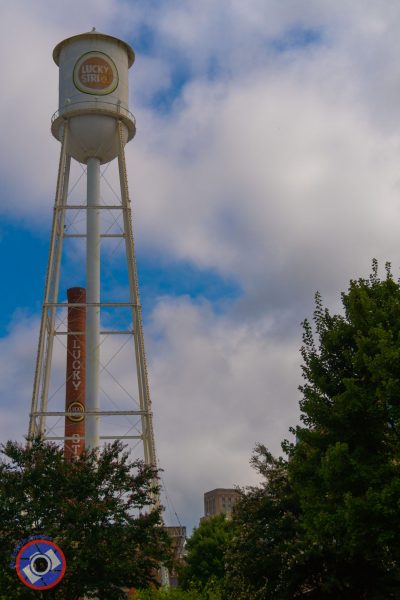 The City where “Bull” is in and Boredom is Out

(The next installment in the series, “The ABCs of Future Travel”, designed to inspire you to start planning your next trip.)

Durham is a friendly mid-sized city in central North Carolina. It is known as the Bull City, in honor of its highly successful and wildly popular Triple-A baseball team. It is also often referred to as the second half of Raleigh-Durham, but this is incorrect. If you tell me you’re going to Raleigh-Durham, I’ll tell you to have a nice flight, because you’re going to an airport.

As for us, we have had the good fortune to live a mere two-and-a-half hours drive from our home in New Bern. This has given us the opportunity to savor Durham slowly over several visits. We recommend you get to know this walkable, family-friendly, dynamic city on your own schedule. To help you get started, here are 9 Durham delights to get your trip planning juices flowing.

Note on Covid19: North Carolina is reopening in three phases. Be sure to check the website belonging to venues, restaurants, events, or accommodations you plan to visit before finalizing your plans.

A good place to start is by taking in a game at the home of the Bulls. They played their first season in this modern, almost cozy stadium, which now seats 10,000 fans, in 1995. Apparently, there isn’t a bad seat in the house for watching the games, seating is extra-comfortable and, most importantly, the seats have cup holders.

DBAP is affectionately called the Blue Monster,, and has much in common with Fenway Park, known as the Green Monster. But the Bulls are a “farm team” for the Tampa Bay Rays of the National Baseball League.

The Ball Field for the Durham Bulls (©simon@myeclecticimages.com)

Perhaps the feature that stands out most is the 20 x 30-foot “Snorting Bull”, a sheet metal and wood sculpture that watches over the goings-on in the park. This is not the original bull. The first was a leftover prop from the 1988 Kevin Costner film, Bull Durham. Alas, that bull hit the dump before DBAP opened. When a Bulls batter hits a home run, or when the Bulls win a game, the sculpture’s eyes glow red, smoke comes out of his nostrils, and his tail moves up and down.

Check the schedule for special events such as Affordable Eats nights, Bark in the Park night (when you can bring your pooch), and Food Truck and Fireworks Fridays. Tickets are affordable with specials on those as well.

Originally the Lucky Strike cigarette factory, once an abandoned and derelict part of town, has been thoughtfully and tastefully transformed. The district is now an entertainment hub featuring an amphitheater, restaurants, shops, apartments, and on-site parking garages.

Art exhibitions and free outdoor concerts in the green space beneath the Lucky Strike Tower are held in Summer. The quarter-mile man-made river is an ideal venue for a leisurely stroll, listening to the sounds of water and appreciating the colorful landscaping. And taking a walk among the district’s 17 historic structures., which are listed on the U.S. National Register of Historic Places, is a joy any time of year.

A 2,800 seat architectural wonder of a theater with magnificent glass walls. DPAC is located in the American Tobacco Historic District. Acclaimed productions such as Hamilton and other popular Broadway extravaganzas, concerts of any imaginable genre, comedy, and the American Dance Festival are a small sampling of what you might find playing on any given night.

Backstage magic is a behind-the-scenes DPAC tour held on the second Monday of every month. You will need to make reservations in advance if you wish to attend.

Also, performances tend to sell out quickly, so be sure to reserve your tickets as soon as possible when making your Durham plans.

4. The Museum of Life and Science

Take your time exploring this natural science museum located on West Murray Avenue north of downtown Durham. The museum features enough hands-on exhibits to keep youngsters of all ages and their parents busy for hours. Several buildings featuring a wide variety of indoor and outdoor exhibits occupy the 80-acre property.

Get up close and personal with native North Carolina animals like the screech and barred owls. Watch the antics of rescued lemurs and black bears in a spacious outdoor facility. The Magic Wings Butterfly House is a three-story glass structure containing approximately 30 species of colorful butterflies. The climate-controlled exhibit also is home to partridges who earn their keep by controlling pests such as roaches and keep the frogs from becoming too numerous.

An Alert and Watchful Lemur Studying the Onlookers at the Museum of Life and Science (©simon@myeclecticimages.com)

You can pass the time to develop an understanding of weather patterns. Observe experiments and presentations. Explore the dinosaur trail or the aerospace exhibit displaying artifacts from the early NASA space program.

A recent addition to the museum’s treasure trove of interactive exhibits is Earth Moves, which encompasses the hows and whys of the human and natural factors that shape our planet.

No visit to Durham is complete without taking in Duke. It is one of the country’s most prestigious universities. Formerly Trinity College, it was renamed for James Buchanan Duke in 1924 after his $40 million endowment.

The west end of the campus is home to the stunning Sarah P. Duke Gardens, the 7,060-acre Duke Forest, and the renowned Duke University Medical Center. You can wander the campus enjoying the fascinating architecture, or better yet, take a self-guided tour or one led by a Duke student.

This religious icon is a destination in and of itself. Located on the west part of the Duke campus, the chapel stands out because of its Neo-Gothic style, 210-foot tower, and 77 gleaming colored glass windows.

If you plan well, you can enjoy music played, on a 5,200 pipe Flentrop organ during services. The chapel fills the air on campus with music through its 50-bell carillon. It is also a venue for concerts and other events,

An important piece of Durham history, the Duke homestead is the 1852 home, tobacco farm, and factory site of Washington Duke. He was the founder of what we could reasonably call Duke Dynasty.

Washington began churning out pipe tobacco following the American Civil War, when demand was at an all-time high. His sons went on to found The American Tobacco Company, the largest tobacco company in the world.

The approximately 30-minute Duke Homestead tour will take you through the Duke family’s home, tobacco factories, a tobacco packhouse, and a curing barn. Guides are knowledgeable and are happy to answer questions. They also dispel some long-held misconceptions about the good, the bad, and the ugly of tobacco during the tour. One of the Out Buildings on the Duke Homestead Property (©simon@myeclecticimages.com)

Before you leave, be sure to drop into the Tobacco Museum, which is also on the property. There you will learn the story of tobacco from its place in early Native American culture to the present.

Located in the heart of Durham, CCB Plaza proudly displays a life-size bronze statue of a bull, which you can’t miss. But there is much more to this area to grab your attention.

First, notice three boutique hotels, 21c, Unscripted, and the Durham. Each has a unique backstory, and each would be a convenient accommodation for a Durham stay. 21c is open to the public as a venue for art exhibits and cultural events.

21C  is housed in the former Central Carolina Bank building. The  “bankiness” – for lack of a better word – can be seen in areas such as the banquet hall. This was the area where the tellers used to work. You can still see the original wood and feel as if you’re walking through a bank. You can even enjoy a cocktail as you sit and socialize in the basement bank vault

What makes 21c unique are the rotating exhibits of modern art on the 1st and 2nd floors. The exhibits are free and open to the public 365 days a year. It definitely is worth going in and seeing what’s on display.

1 City Center is a 27 story mixed-use facility with retail stores on the lower level and apartments and condos above. The structure is the tallest building in Durham.

The now second tallest building houses the visitors center. Be sure to drop in and let the friendly folks help you find your way around Durham.

For a small city, Durham has an impressive selection of food and beverage options. Here are a few we have personally enjoyed, and would recommend. We hope to discover more of the culinary treasures awaiting us in Durham in the near future.

The Cellphone Basket on the Communal Table at Pompieri Pizza (©simon@myeclecticimages.com)

Durham has plenty of options for accommodations. With the exception of one three-day visit, all our trips have taken place during the course of a day. During that one trip, our experience during two nights at the King’s Daughters Inn was phenomenal. At this conveniently located bed and breakfast, you will find cozy elegance and a fabulous home-cooked meal to start your day.

When it comes to Durham, what you’ve seen is just the tip of the bull’s horn. There is much more in the way of history, culture, recreation, family activities, and culinary adventures to discover. One thing I can guaranty is that you won’t be bored. Durham is like a living buffet table enabling visitors to pick and choose from a wide assortment of options. Whether you’re looking for a romantic getaway, a multigenerational vacation or a solo jaunt, Durham has you covered.

Disclaimer: Portions of our visits to Durham were generously hosted by Discover Durham, Pompieri Pizza, Zweli’s Kitchen, Graybeard Distillery, The King’s Daughters Inn, and the Museum of Life and Science. However, all opinions, as always, are entirely my own.