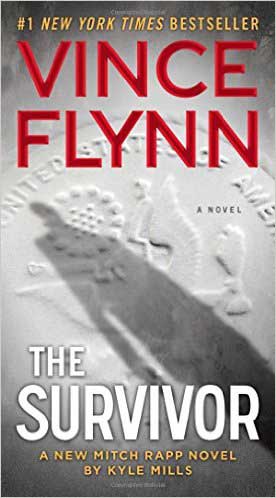 When the Author Died, Was His Fictional Character Worth Resurrecting?

My last Road Reads review, Mitch Rapp and Scot Harvath: Oh, How We Wish Those Boys Were Real,  posted on August 4, 2017. At that time, I promised to let you know if Kyle Mills has successfully resurrected the legacy of the late Vince Flynn. Well, Simon and I  have taken two road trips since then, and read the first two books in the Mitch Rapp series continuation. Here’s what we found.

Kyle Mills seems to have captured the “Mitch character” well, and in “The Survivor” and “Order to Kill” he has allowed him to age, mellow out and harden up in certain areas. Rapp’s physical strength, accuracy and agility are still extraordinary, but his chronic knee issues and the fact he is now in his 40s is inescapable. Mills continues Rapp’s aging process without giving him super-human abilities, or implying that he has one boot in the grave.

Rapp has it in him to protect the wife and child of the man responsible for the most devastating loss of his life. His already over-the-top hatred for terrorists, the low-lifes who support them and asshole politicians in Washington, of which there is an endless supply, is stronger than ever. For the former, he shows great compassion. For anyone in the latter categories, he shows no mercy. In these ways, Rapp is the same as always, only more so.

In the first two books – we’re waiting for the next long road trip to read “Enemy of the State” – we see the continuation of favorite characters. Irene Kennedy is still walking a political tightrope that can send her and Rapp into the abyss with one misstep. Scott Coleman and crew are still involved in Rapp’s exploits, but age is beginning to take its toll there, as well. And Marcus, the computer whizz, is still providing high-tech solutions and comic relief.

My one big complaint? Mills did the unforgivable by allowing a Labrador retriever puppy to be murdered. Nobody. and I mean nobody – should every kill a Labradorable, even in “pretend land”. I almost stopped reading right there and then. What kept me going is Mills’s wise and compassionate decision to bypass the graphic details of the pup’s demise. And the fact that “The Survivor” was a terrific read. Just don’t do that ever again. Hear that, Kyle?

If I had the time to read a Vince Flynn and a Kyle Mills book back-to-back, it might be easier to find fault. But I don’t, so I won’t. Perhaps devotees of the series will give us their take in the comments. That’s an invitation, so let’s hear from you!.