When Travel Hands You a Lemon, Juice It: 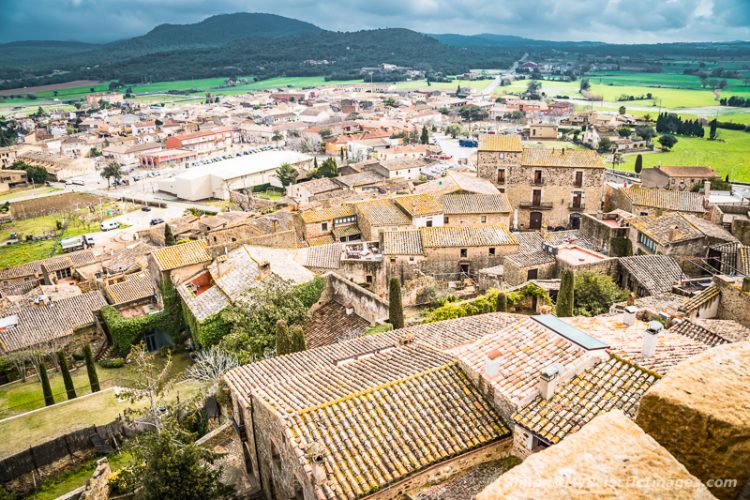 Putting Preparedness, Resiliency and Flexibility to the Test.

They say shit happens, and it just did. Instead of reading about our fabulous experience at the Guinness Storehouse in Dublin, you are about to read about one of our few travel lemons, and how we plan to handle it.

Yesterday was a beautiful day in Pals on the Costa Brava. We were coming to the end of our third of a four-day press trip hosted by Patronat de Turisme Costa Brava Girona, and we were blissfully descending the stairs of the sandstone bell tower in this charming medieval town after enjoying a spectacular 360-degree view and listening to the bells mark 2:00 PM. I was on the last step of the last flight on the outside of the structure when my foot hit an uneven patch and I went down. The Bell Tower in Pals (©simon@myeclecticimages.com)

Now, this wasn’t my first fall while traveling, and the skinned knuckles and grazed knee were typical. What was not typical was my hard landing on my left foot that had slipped behind me. Deciding to try and shake it off, I allowed myself to be helped up by Simon and Esther, our guide. That was when it became apparent something was seriously wrong. My ankle wouldn’t support my weight, it felt numb and a large lemon-sized lump was beginning to form with alarming rapidity. View from the Bell Tower in Pals (©simon@myeclecticimages.com)

Bells on the Bell Tower in Pals (©simon@myeclecticimages.com)

To make a long story as short as possible, we spent three hours in the emergency room of a conveniently placed clinic across from Hotel Carlemany, where we are staying. I rode out in a wheelchair with a cast up to my knee. The X-rays had shown a fractured fibula.

Here is What My Leg Looks Like After Clinic Girona had Finished Their Handiwork (©simon@myeclecticimages.com)

While waiting for the final paperwork, Simon asked me if I wanted to continue with our plans for Italy and England. “Hell yes,” I responded without hesitation.

Back in our hotel room, the reality of our lemon set in. We had two choices. Our travel insurance with Allianz not only covers medical care abroad but includes cancelation insurance. In other words, we could go home without paying a penalty.

If we chose to stay, it would be challenging to rent a wheelchair in the various cities on our itinerary, and Simon would have to push me around, or I would have to sit out our scheduled walking tours.

We chose the latter because we made a commitment to Speak in English in Tuscany to volunteer for a week in their English immersion program for Italian professionals. Even more important, we have an appointment for several hours of cuddling and cooing over our two-month-old great-niece, Lara Beth Crowther in less than three weeks. As for the challenges – many of which we have no clue what to expect – we will handle them as they arise. Tomorrow is Saturday, and we will be on that RyanAir flight bound for Pisa. And no, I’m not going up that damn tower!

The downside of this travel lemon is that my mobility will be significantly reduced for at least four weeks. We will need to rethink everything from whether to rent a car in Italy and England instead of taking the train as we had planned to possibly having to change hotel reservations because of accessibility issues. A simple trip to empty my bladder now requires careful planning. And as for taking a shower, that will be tricky, too.

Since every lemon has lemonade potential, here’s a list of what we’ve squeezed out thus far:

So, gentle readers, this is all you’ll get from me this week. No promises, but I’ll do my best to complete the Guinness Storehouse post for you by next week.

Disclaimer: Our Costa Brava visit (not including the broken leg and skinned knuckles) was generously hosted by Patronata de Turisme Costa Brava, Girona. However, all opinions are, as always, my own.