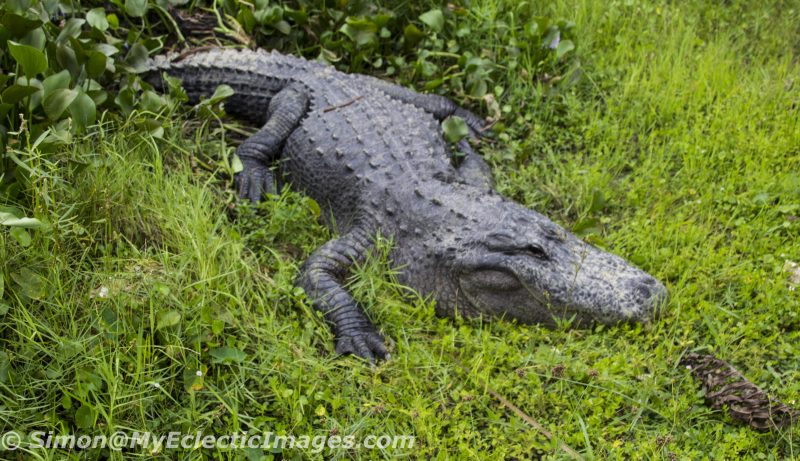 Where Not Only the Buffalo Roam. 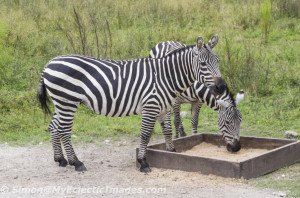 Zebras at the Billie Swamp Safari

The zebras were calm to the point of indifference as our safari buggy passed by. You’d think this was a natural occurrence in their world, and you’d be right. The best part, as far as the zebras, ostriches and asian buffalo were concerned was the absence of lions to ambush them as they ate, slept or engaged in other aspects of their lives. After all, the only lions in Florida are to be found in cages at the zoo. Those and other free-roaming animals we observed in Billie Swamp were among several WOWs on the Big Cyprus Seminole Indian Reservation.

The Billie Swamp Safari is an hour-long eco tour that takes you through a pristine 2,200 acre area of the Florida Everglades. Billie Swamp is an integral part of Big Cyprus Reservation, about an hour’s drive from Fort Lauderdale. There, the Seminole Tribe of Florida keeps the natural environment intact for the exotic creatures who are allowed to roam freely, and for those who come to appreciate their beauty. 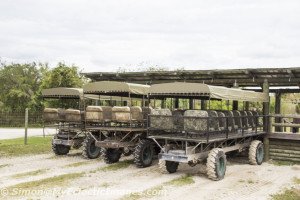 Perched high atop enormous tires, our motorized buggy bumped, bounced and slogged through water. Natasha, our guide expertly maneuvered the vehicle, as she gave us a running explanation of what we were seeing and its significance. We learned about the fragility of the eco-system that is the Everglades and the indigenous, as well as, exotic animals that inhabit it.

As we jolted along in what seemed like a rolling cage, we admired the deer, antelope and bison, as well as, wild turkeys, water birds, alligators and both wild and domesticated pigs.

We ventured along what passed for a trail, deep into the swamp, where thatched huts provide shelter for Seminoles seeking periods of peace and tranquility among the natural elements.

Several swamp buggies are used to ferry wide-eyed visitors through this precious natural habitat. They are custom-made open motorized vehicles that provide enough elevation for excellent viewing. Canopy tops afford protection from sun and rain, but not from limbs and fronds that overhang the trail. You simply have to know when to duck. I didn’t, and occasionally ended up with a frond facial. 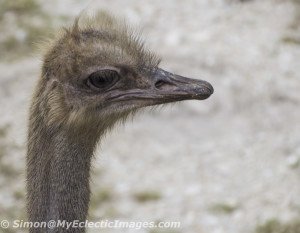 Although I had expected lots of animal smells, the predominant odor was cyprus; mildly reminiscent of that of a pulp and paper mill, but not as noxious. The other oddity was the presence of African animals such as ostriches and zebras among the alligators and ibises.

Natasha reached out and grabbed some dog fennel. As she passed it around, she instructed us to rub it hard between our fingers. Apparently, if you rub the liquid that emerges from the plant on your skin, it will protect you from insects. Perhaps this method is effective, since I wasn’t cursed with a single bite.

Before we set off, Natasha asked if anyone had back, neck or knee issues. I wondered if perhaps this was because those who didn’t would by the end of the tour. From my perspective, although there were some less then comfortable sections, the construction of the buggy, coupled with Natasha’s adeptness at handling it, the ride was not as rough as I had expected. Nevertheless, caution is exercised. The tour is emphatically not recommended for pregnant women or people with existing back problems. Also, children under three will have to wait to experience this adventure on wheels.

This tour was only a small part of the WOW’s we experienced at Big Cyprus Reservation. A visit is well worth the drive from Fort Lauderdale. Allow yourself an entire day at the very least. A week-long vacation would be even better.

You can spend at least half a day at the Ah-Tah-Thi-Ki Museum delving into the magnificent history and culture of the Seminole Indians. This tribe is indigenous to Florida, and is the only Native American tribe in the entire country that was never conquered.

Try some unusual foods such as gator nuggets and frog legs at the Swamp Water Cafe. The gator tasted like fishy chicken, but the mildness made for a delicious flavor sensation, and is deep fried to perfection. The frog legs reminded me of some sort of chicken wing. It was deep fried and did taste a bit like chicken. A fried pumpkin bread was served up with honey-butter, and had to be the best I’d ever tasted: light and spiced with cinnamon, but not very sweet.

You can visit the animals, see the Critter Show – and maybe get to hold a small alligator, with its mouth taped shut of course, take a ride on an airboat, to see the fauna and flora from a different perspective. These are just a few of the wonders you’ll find at Big Cyprus Reservation.

Fort Lauderdale is synonymous with sandy beaches, snow birds and sunshine. But there are many diverse aspects to this city and surrounding area. The Big Cyprus Reservation zhas much to teach, and learning about the Seminole Indians and the land they fought for and won is both a pleasure and a WOW of an experience.