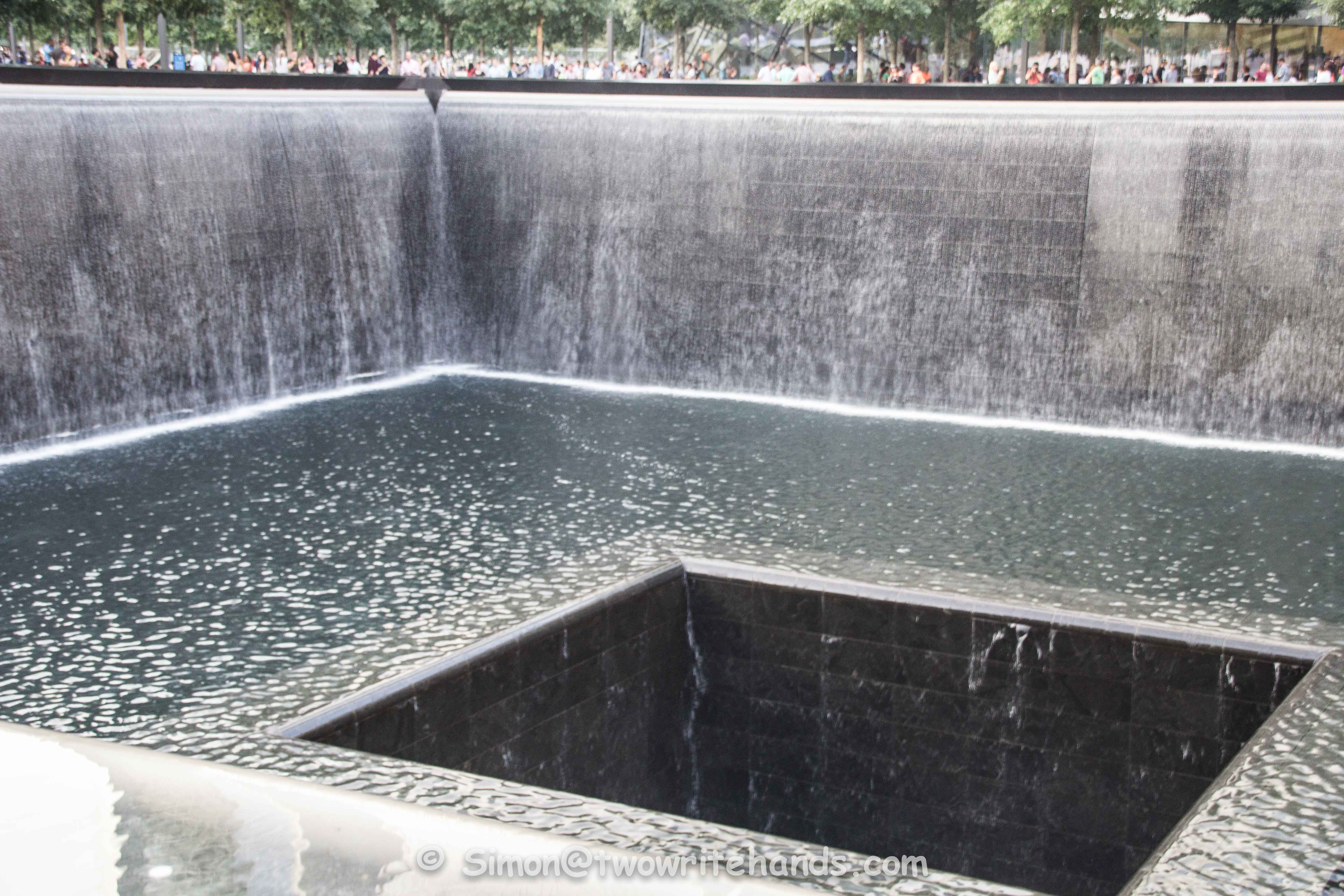 A Solemn, Yet Inspiring, Tribute to All Who Were Lost

On September 11, 2001, nearly 3,000 souls perished at the hands of Islamic extremists. Over a decade later, as I stood facing one of the two reflecting pools at the 9/11 Memorial in New York, where most of these innocent people so cruelly lost their lives, the knowledge of what had taken place, there shook me to the core of my being. Then the awareness of what had been carefully crafted on this site from the rubble, horror and tears of that tragic and life-changing day, seeped into my consciousness, and WOW seemed about as appropriate a word as any.

The National September 11 Memorial opened to the public on September 12, 2011; a day after the tenth anniversary of our national tragedy was commemorated. The memorial remembers and honors the victims who died at the Twin Towers, the Pentagon and in a field near Shanksville, Pennsylvania, on 9/11 as well as those who perished in the WTC bombing in 1993. 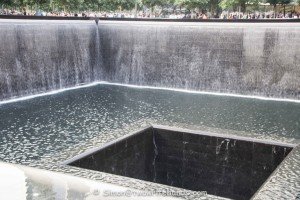 The focal points of the memorial are the twin square reflecting pools – each over an acre – and the waterfalls that spill into the pools, like hundreds of thousands of tears. The pools are located inside the footprints of the towers. The sound of cascading water drowns out city noise, and adds an eery, yet calming, note to the atmosphere of remembrance.

Atop the low walls surrounding the pools are horizontal bronze panels with the names of all those who perished in all 4 terrorist attacks inscribed deeply enough that I could read them with my fingers. I spent quite a bit of time doing this on both my 2012 and 2014 visits. I tried to imagine their faces, what kind of people they were, the interminable anguish of their loved ones and all the potential that was lost because of religious fanaticism and the evil it spawns.

On my last visit to the 9/11 Memorial, while contemplating these things, I heard a voice next to me say, “There’s a woman wearing a hijab. She doesn’t belong here.” I spun to face the voice and said, “She has just as much right to be here as we do. Innocent Muslims died here, too.” Will we ever learn?

Surrounding the reflecting pools stand over 400 swamp white oak trees. These symbols of life and renewal gave those of us on the plaza welcome shade late on a hot August afternoon. 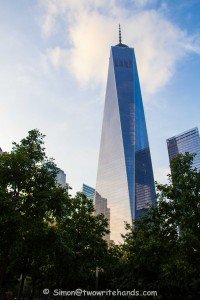 But there is one callery pear tree on the site of the 9/11 memorial that is called the “Survivor Tree”. It was found, barely clinging to life at Ground Zero, nearly a month after the September 11 attack. The tree was badly damaged. It was broken, burned, with snapped branches and roots, but a single live limb had managed to survive.

The tree was immediately removed, and was taken to the New York City Department of Parks and Recreation. It was touch and go for a while, but the “Survivor Tree” earned its name with the help of caring hands.

Sufficiently recuperated, the tree was transplanted at the 9/11 Memorial in 2010. You can see the tree’s past and future in the stark contrast between the ravaged trunk and the healthy, new limbs reaching to the heavens. This tree’s resilience is a stunning example of strength and the ability to survive against all odds.

So who had the imagination and sensitivity to create this beautiful and meaningful tribute to the victims of such unfathomable evil? From a global design competition, architect Michael Arad and the landscape architecture firm of Peter Walker and Partners, were selected for this daunting and delicate task. The competition saw entries from over 5,200 competitors, hailing from 63 countries. The judges must have had a true sense of WOW, because they chose well.

To learn more about the 9/11 Memorial, visit http://www.911memorial.org