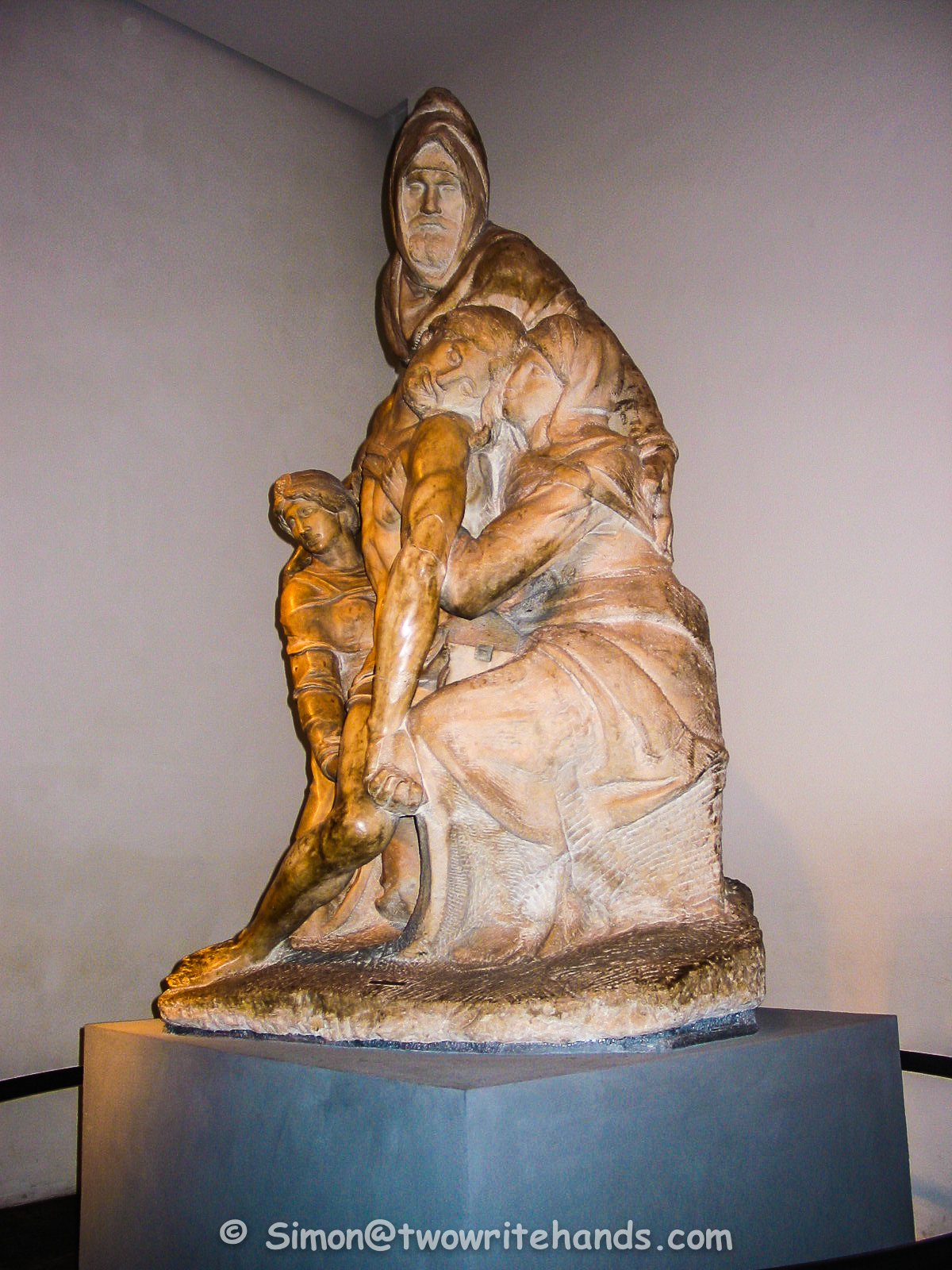 Where “Fine” applies to more than art

A rainy morning in Florence had given way to a brilliant blue sky and warming sun. Simon, C.J. and I had made the most of the day, and by the time we left the magnificent Cathedral of Florence  – a WOW in its own right – late in the afternoon, we were hungry, tired, and getting cranky. But the Museo dell’Opera del Duomo beckoned us as we descended the steps, and we couldn’t resist its call and unspoken promise to make us say WOW

What started out as a trek through yet another museum, turned into a voyage back into the art of the 14th and 15th centuries, accompanied by genuine Italian hospitality. From the instant we entered to the time we left, the museum staff went out of their way to see that I had as full an experience of the treasures in their charge as humanly possible.

In many museums, especially in Europe, I’ve been  permitted to touch sculptures and other textured artifacts and works of art. In some,  I have been taken into roped-off areas by docents who then proceeded to allow me to touch and sometimes hold priceless, and sometimes fragile pieces. But the best way to describe this particular experience is that I was encouraged with great enthusiasm to run my fingers over works of Michelangelo, Donatello and other masters. One staff member approached us excitedly and ushered us into a room containing, two choir lofts crafted by Donatello and Luca della Robbia. 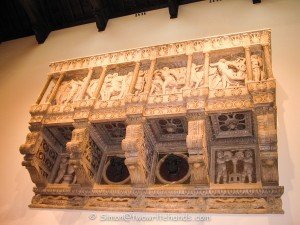 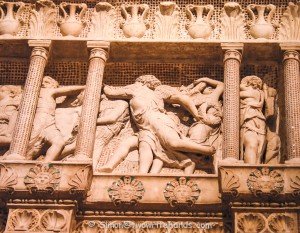 He insisted that I, “must touch.” I obediently complied, and was delighted by what my fingertips transmitted to my brain. Carved in bronze were figures of chubby young children playing musical instruments. The details of their cherub faces, hair and hands were WOW to the tenth power. I could feel myself smiling just like those adorable little faces.

Another of Donatello’s works that stood out for me was the “Magdalene”, a wooden sculpture that bore evidence of the sculptor’s attention to detail. This work had once rested in the baptistry. 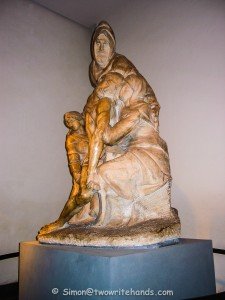 A second staff member showed us a -, Michelangelo “Pietà” that had been one of his later works. It is believed that it was intended to eventually rest on the artist’s gravesite, but was never finished. The marble proved to be inferior, and broke toward the end of his work.

Wanting to be rid of the damaged sculpture, Michelangelo gave the pieces to his servant, who promptly sold it. It came into the hands of Tiberio Calcani, who pieced it together.

I had to lean over a metal guard rail to touch the smooth, cold marble, but my contortions were worth the effort.  It’s not every day that one gets to touch the work of a Michelangelo.

The museum began as a storage and work facility during the various construction periods of the Cathedral. It held enormous blocks of marble, as well as other building materials, and machinery of the day. Today, the building houses works by some of the most renowned artists. The majority of the works once had a place in the cathedral or baptistry.

There is so much more to see at Museo dell’Opera del Duomo. There are religious artifacts such as crosses and reliquaries and a room designated for an interesting collection of tools, materials and winches for lifting and moving large objects that were used for the building of the Cathedral.

There is no denying the beauty and magnificence of the masterpieces I was privileged to explore, but the pride and generosity of the museum staff in making these treasure accessible to me was a WOW with a cherry on top.

To learn more about this superb museum, or about the masterpieces on display, here are three websites to get you started: