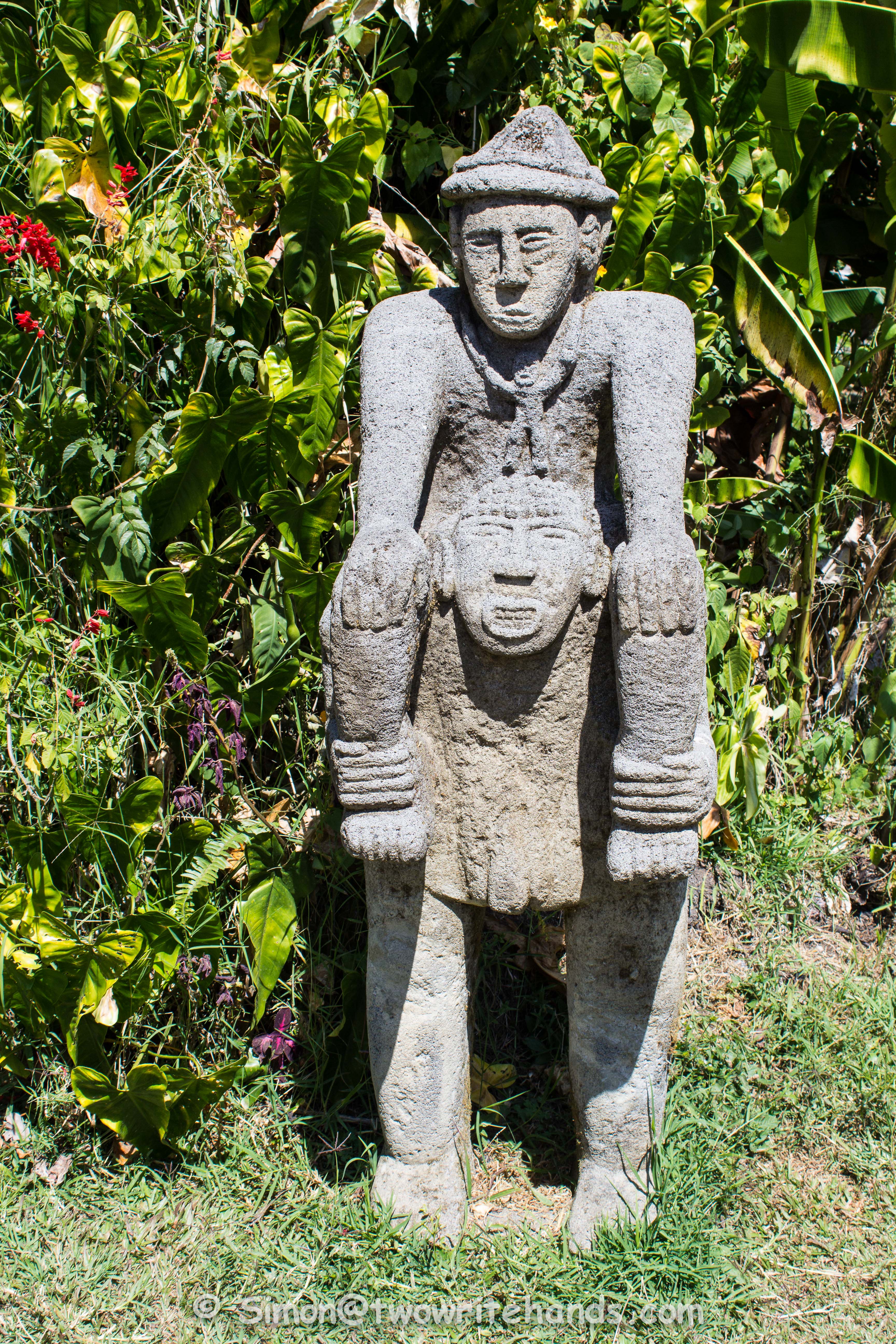 A Perfect Blend of History and Nature. 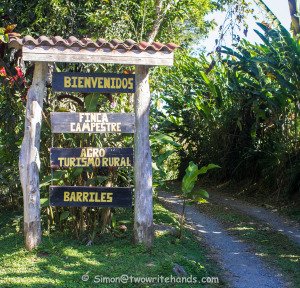 While in Panama earlier this year, we drove from our rented digs in Boquete to visit Volcan high in the western highlands. But as usual, it was the unplanned surprise that WOWed us.

Based on a conversation with an American expat in downtown Volcan, we found ourselves four miles outside of the town at Sitio Barriles.

What we came to see was a combination of archeological treasures and the surrounding natural beauty. We had the choice of wandering around the working farm on our own or taking a guided tour, and wisely chose the latter.

Edna, who’s family has owned the property since 1924 showed us around, as she told of lost cultures, their few remaining artifacts and the secrets they keep to this day.

The short version of the story is that African and Asian cultures lived harmoniously in the area as far back as 600 BC. until two nearly simultaneous volcanic eruptions destroyed the settlement in the 7th Century, burying everything and everyone under a thick layer of ash and lava.

The Mayans, whom Edna described as destructive, settled in the area in the 10th Century, but didn’t stay long.

Now, Edna’s family continues its long tradition of excavation and preservation for future generations, allowing organizations such as National Geographic to unearth as much of the story of this land as possible. 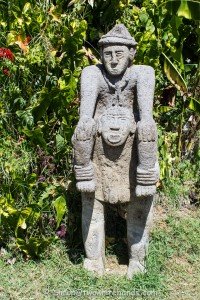 Probably the most stunning examples of the people who once occupied this land are the stone carvings. There is a map of what the area once looked like, sculptures of single individuals and, the one that made me say WOW; a carving of a stylized African man, carrying an Asian man, pointed hat and all, on his shoulders. As with most of the artifacts, no one is certain what it is supposed to represent, but Edna has a theory. She believes that, because the African has an open, smiling face, he is bringing the Asian to a ceremony where he is being honored. 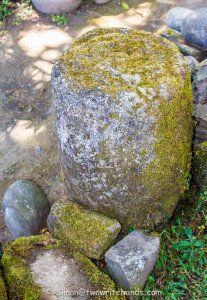 Then there were the barrel-shaped objects made of stone that had designs carved into them that can only bee seen when wet. Again, no one knows exactly for what purpose they were used, but one theory is that they were put into service as aides in moving large objects.

Edna took us to a small museum that contained funeral urns, obsidian tools and drinking vessels. An oval-shaped, smooth table had a dip in the center and a grinding stone. This is what the lady of the house must have used to grind maize and other grains. 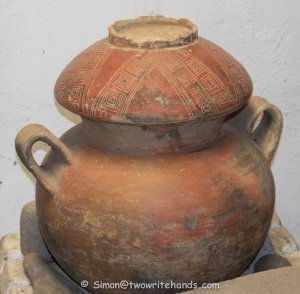 Helping all this history go down was the rich vegetation, walking paths, exotic birds and a clear view of Volcan Baru, the tallest mountain in Panama. It was a warm, sunny day and the lush, calm environment helped keep my mind from erupting like the volcanos from all the information and theories it was ingesting.

Along with the historical importance and pleasant atmosphere of Sitio Barriles was Edna herself. She had been educated in the United States, but returned to her birthplace in 1974 to take care of her terminally ill father. She married and had a son, to whom she refers as a “special person,” because of his disability. Although he will not be able to continue the work of preserving current and future archeological discoveries on his own, a foundation has been established to assist him in continuing the process.

Edna’s commitment to her obligations is genuine and passionate. She has harsh words for the Panamanian government who, until recently, has been indifferent to the value of the findings on her family’s land.She seems to like them about as much as the Mayans.

There is far too much so see and do in this area for me to cover in one short post. But If you ever find yourself in the western part of Panama, a visit to Sitio Barriles should top your list of things to do. I promise you’ll emit at least one WOW.