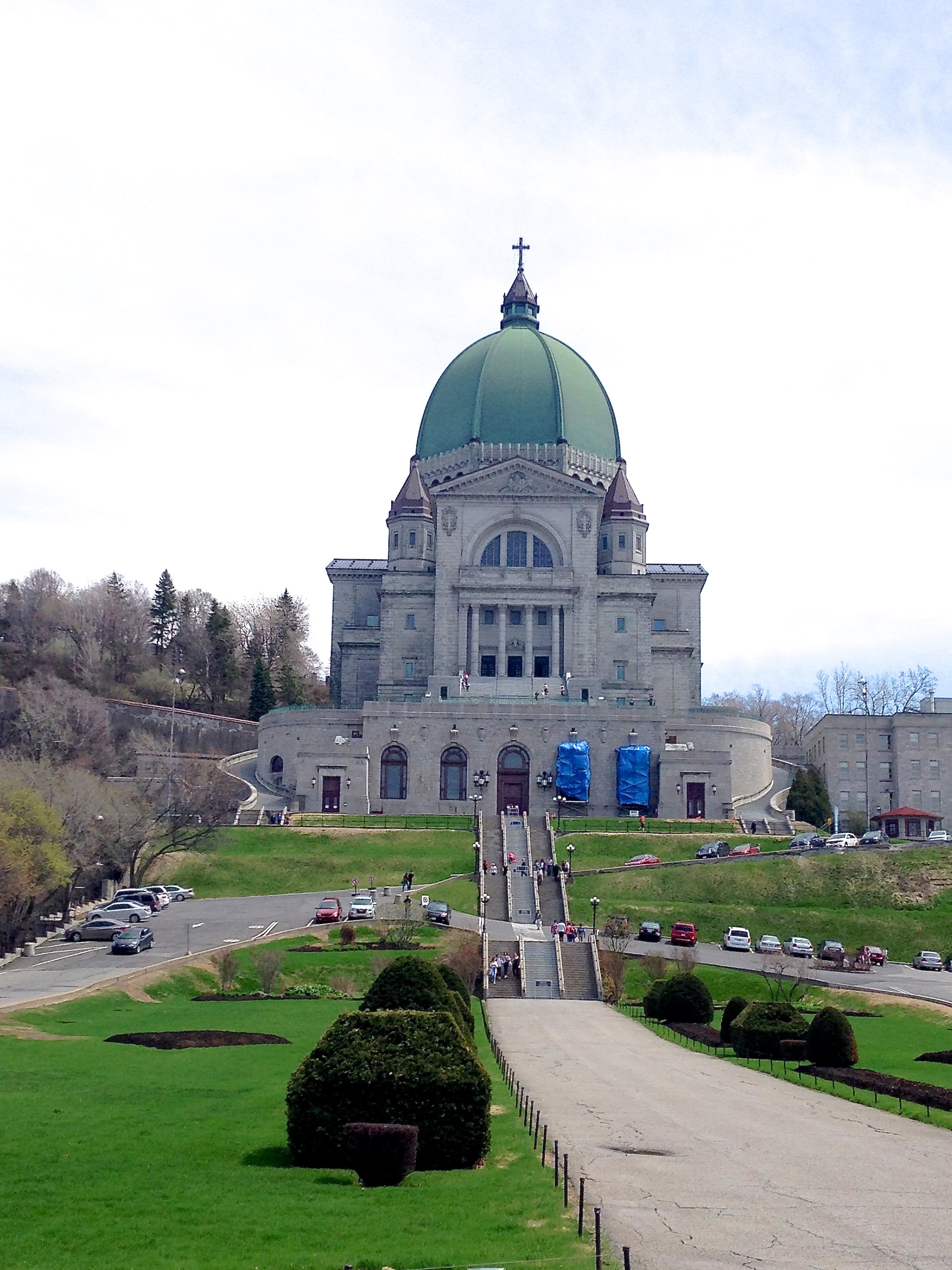 What’s a Nice Jewish Girl Doing in a Place Like This?

When I was a freshman in college, there was one landmark I would see from the bus window on my way home from class that never failed to make my mind say WOW. This was St. Joseph’s Oratory of Mount Royal, the large domed church high on a hill overlooking Queen Mary Road. It was not only a reminder that it would soon be time for me to change busses, but a symbol of faith; not mine, but a strong and enduring one, just the same. 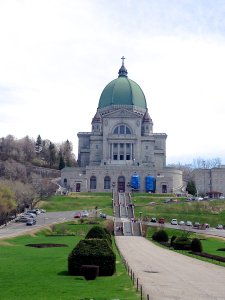 But this magnificent church, parts of which can been seen from miles away, is more than just a landmark for spaced-out college students and tourists. It stands as a beacon for regular worshipers and pilgrims and tourist from all corners of the globe. It welcomes those who climb the 99 wooden steps on their knees, and those who walk the 283 steps from street level to the entrance of the church. And it is just as welcoming to people like me, who come to enjoy the beautiful music of Midnight Mass on Christmas Eve, even if they recently celebrated Chanukah. St. Joseph’s is pure charisma. 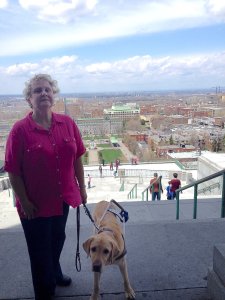 View from the entrance of St. Joseph’s Oratory (Photo by Kevin Lock)

St. Joseph’s Oratory was founded in 1904, fueled by the determination of a priest named Brother Andre to build a church to honor Saint Joseph. From its humble beginnings as a small chapel on Westmount summit, to its completion in 1966, St. Joseph’s Oratory grew and expanded until it became the largest shrine to St. Joseph in the world. It surpasses in height famous churches such as London’s Saint Paul’s Cathedral, Notre Dame Cathedral in Paris, and New York City’s Saint Patrick’s Cathedral.

A quarry in Deschambault, Québec provided the exterior stone blocks. The interior, floor is comprised of quartzite tiles gazing up at an inner dome, measuring 85 feet in diameter. The church has a seating capacity of 2028.

Behind the main altar looms a statue of Saint Joseph carved from Carrara marble that stands 9 feet in height.

When I first visited St. Joseph’s Oratory, my eyesight was much better than it is today, and I was mesmerized by the 10,000 candles burning in the Votive Chapel, which included 3500 votives in front of the statue of Saint Joseph. 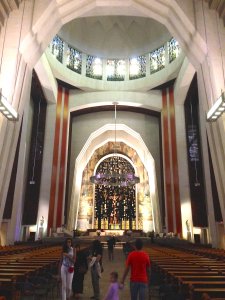 St. Joseph’s is world-famous for its collection of canes, crutches and other disability-related aides suspended between the chapel’s pillars. These were gratefully abandoned by those who believed they had been miraculously healed through Brother André.

Saint Andre was born Alfred Bessette in 1845, and is literally seen as the heart of the Oratory – fragments of his heart are preserved in a vial in the church’s reliquary. He was full-time caretaker of the church from 1909 until his death in 1936 at the age of 91. His black marble tomb lies in the votive chapel.

In 1940, the process for the beatification of Brother Andre began. He was finally canonized in Rome on October 17, 2010 by Pope Benedict XVI.

In May of this year, while on a family visit to Montreal, Kevin and I spent an afternoon at St. Joseph’s Oratory. My eyes could no longer see the familiar view of the dome from Queen Mary Road, nor could they take in the profusion of flickering candles in the Votive Chapel. Despite my inability to visually experience these inspiring symbols of faith, St. Joseph’s had not lost its ability to WOW me.