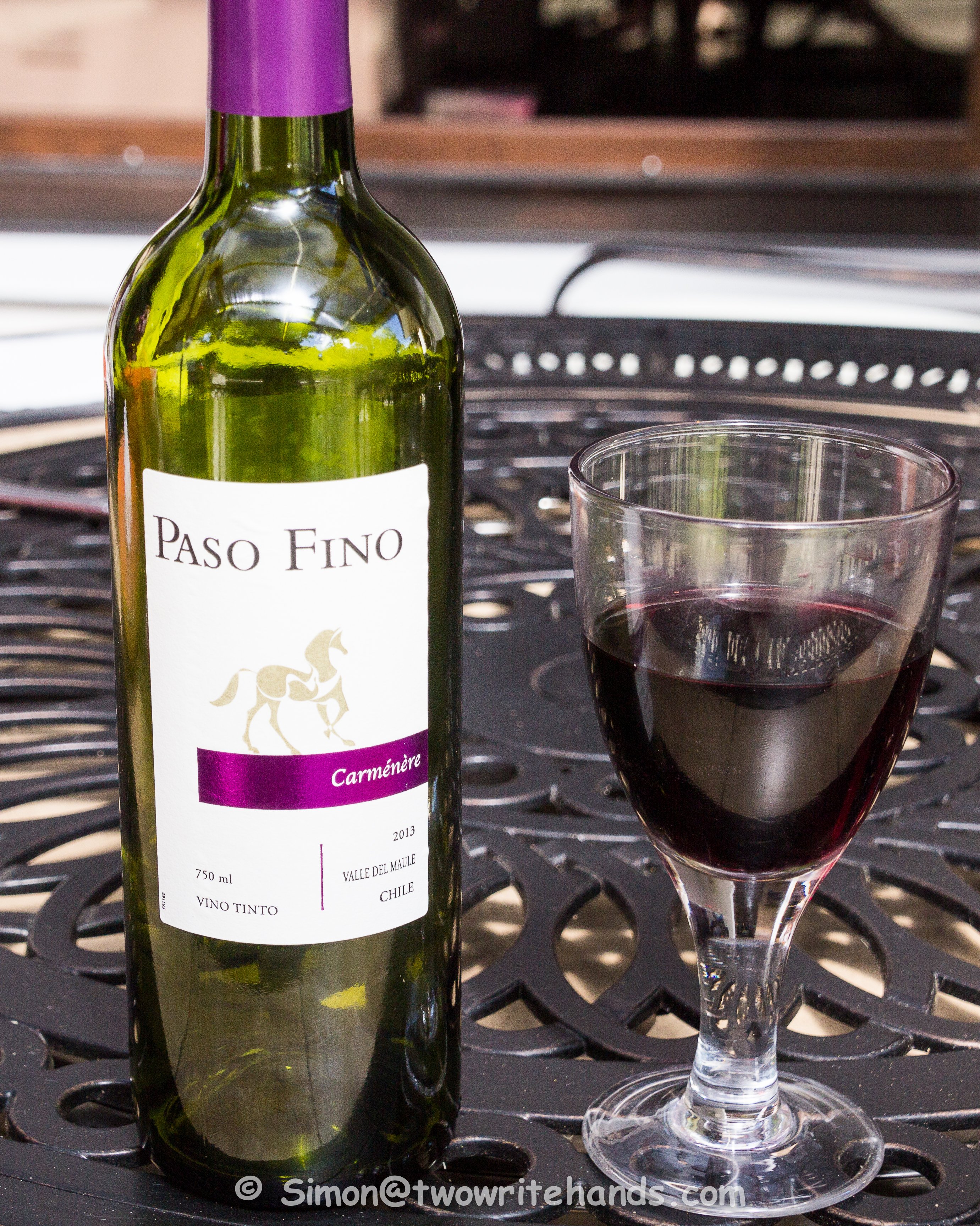 The Grape that Wouldn’t Die

When you visit a winery, you expect – or at least hope – to taste some very good wine. But when one of the best wines you’ve ever tasted falls out of a powder blue Panamanian sky, all you can say is WOW! 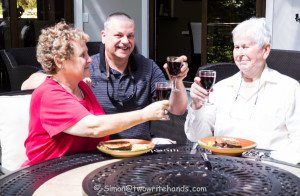 Enjoying a Glass of Carménère with our Friend, Ralph

Yesterday began as one of those ordinary perfect days in the Chiriqui Highlands. By mid-afternoon, though, the day had taken on a magical tone, the moment our friend, Ralph, opened a bottle of Carménère wine from the Paso Fino Winery in Chile’s Valle del Maule.

We were sitting on a tiled patio, overlooking a rushing stream; a light breeze rustling the leaves, hummingbirds taking advantage of strategically placed feeders and a simple but tasty lunch on the table.

The first item of interest about the wine was its color. It was a very deep, purplish red. Next came the nose, which was fruity with a hint of spice. Then, since a girl’s gotta do what a girl’s gotta do, I took a sip, WOW!. 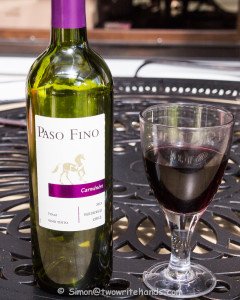 Now, I don’t pretend to know anything about wine beyond the basics. For me it’s crudely simple. Either I like it, or I don’t.

What greeted my taste buds was sheer heaven with notes of blackberries, bolstered by hints of spice, chocolate and green pepper. Soft and subtle, the Carménère was low in tannin, giving it a smooth finish.

As we enjoyed our picnic, Ralph told us the unusual story of the Carménère grape. And now, because it’s a WOW in its own right, I’ll share it with you.

The Carménère grape is believed to have originated in ancient Iberia (Spain and Portugal), but it has its known origins in the Médoc region of Bordeaux.

All went well until 1867, when a Phylloxera plague all but wiped out every vineyard in Europe. The Carménère vines were particularly vulnerable to the point where, the grape was written off as being extinct.

The vineyards were eventually replanted, but the growers found that Carménère vines because of Bordeaux’s moist soil and damp, rainy spring weather, were more trouble than they were worth to cultivate.

Now, let’s backtrack for a moment to somewhere around the middle of the 19th century. Chilean wine growers began importing cuttings of Carménère vines from Bordeaux, The grapes, however, underwent an identity crisis, of sorts when they were often mistaken for Merlot grapes. Carménère grapes were picked and processed with Merlot grapes (this would explain the wine’s unique flavor).

Chile’s growing climate and soil were far more friendly to the transplanted Carménère vines. Also, the lack of  perpetual rainfall during the growing season and the protection offered by the country’s mountains, enabled the Carménère vines to thrive like they had never done before.

But in 1994, a researcher at Montpellier’s school of Oenology made a startling discovery, the once though to be extinct grape emerged from the shadows. Although it is still used in wine blends, Carménère is finding a following in its pure form. And in 1998, Chile officially recognized Carménère as a distinct varietal.

Although Chile produces approximately 80 per cent of Carménère grapes, growers in Italy, Washington State and California are now planting this grape varietal.

Carménère’s gentle but distinctive flavor lends itself well to mild-flavored meats and makes a delicious accompaniment to a cheese tray.

Of course, after we arrived home from our first encounter with Carménère wine – we’d had never even heard of it before yesterday – I went straight to my trustee laptop and called on my friend, Google, to tell me more. I learned that Carménère can have just as much potential for bad flavor as its. does for greatness. Carménère grapes harvested too early can produce a nasty wine that is heavy on the green pepper notes. Also, Carménère is best drunk young.

The Paso Fino we consumed was a 2013, and cost just under $5.00 a bottle. When we get home, we will be looking for this wine so we can WOW our friends as well as ourselves.

For two humorous interpretations of the Carménère story, along with some interesting thoughts and opinions on specific brands, Elizabeth Schneider at Wine for Normal People and Chris Ker at Forgotten Grapes will keep you entertained and informed.