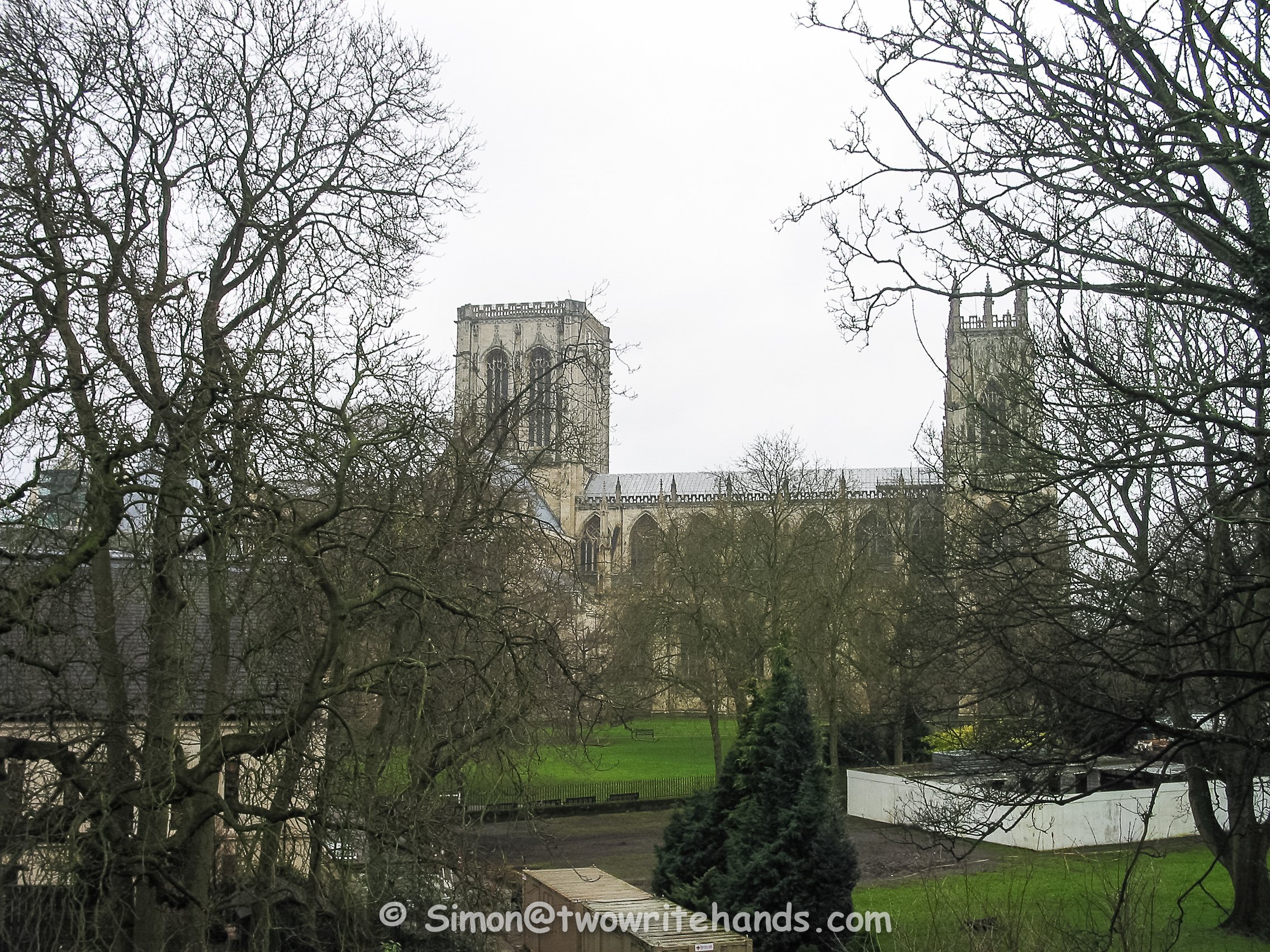 When it comes to survival, this Stunning Cathedral Shows Us How It’s Done 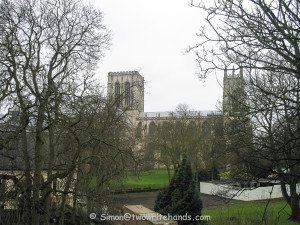 York Minster from the City Wall

Outside the York Minster, it was cold, damp and rainy, but for those of us attending Evensong inside, it was nothing short of WOW!

There is something about this magnificent and enduring symbol of faith that has fascinated me since I first saw it in 1977. Perhaps it’s the cathedral’s humble beginnings as a simple wooden church in 627. Perhaps it’s the Minster’s evolution over centuries of fires, wars and other calamities that would have obliterated less valued structures. It might be the gothic style of the exterior and warm illumination granted by the massive and vivid stained glass windows. But I believe it’s the seductive combination of all these attributes that draws me like a magnet every time we visit York.

The Minster is an imposing medieval building featuring three towers, representing the highest points in York. It is the second largest Gothic cathedral in Northern Europe. It is 515 feet long, 240 feet wide and each tower rises 200 feet into the York skyline.

What brings local and tourists alike to visit the Minster, among other things, is the opportunity to view the world from the inside of some of the most spectacular stained glass windows in the world. I was fortunate that in 1977, I had the ability to appreciate the brightness and colors emanating from those magnificent works of medieval art. 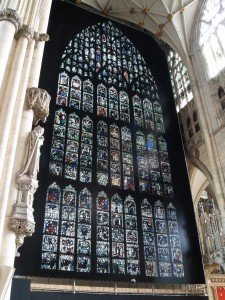 The Minster’s East Window is the largest area of stained glass to be found anywhere. Covering over 1,700 square feet – about the size of a tennis court – this marvel is the work of John Thornton, a 15th century glass-maker from Coventry.

Other windows that will take your breath away include an ornately crafted rose window and the Five Sisters window, which stands 50 feet tall. 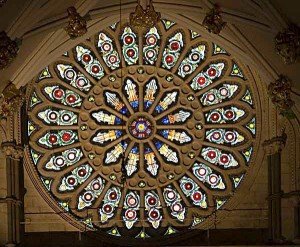 The Minster was intended to be the grandest cathedral in Britain, and took over 250 years, between 1220 and 1472, to complete. 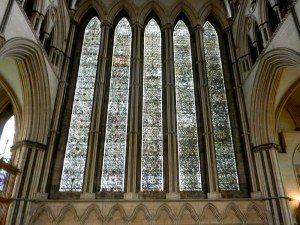 The first church on record for the site of today’s Minster was a crudely built wooden edifice for the baptism of Edwin, King of Northumbria in 627. From then on, a series of fires and invaders obscured the history of the Minster, but each time this phoenix rose again, it was larger, taller and held more power than its prior incarnation.

The story picks back up in the 10th century. Fires and invaders continued to do their evil, but these events were better documented. The rebuilds were done in the Norman style of architecture until 1215, when the construction of a Gothic cathedral was commissioned in order to match that of Canterbury.

The Chapter House, where the day-to-day business of cathedral was conducted, was begun in the 1260’s and completed before the end of the century. This section of the Minster should not be missed. From the entrance, which runs along a fairly low passage, you enter a circular area where soaring stained glass windows, carvings of frightening and fanciful gargoyles and the ribbed vault of the ceiling, will thrill you to the core, especially if you’re a lover of all things medieval. One of the aspects that sets this chapter house apart is that there is no central column supporting the roof, making the ceiling “appear to be hanging in mid-air. 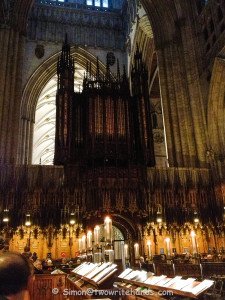 The Quire at York Minster

The Minster that stands in York today was completed and consecrated in 1472, and preservation and restoration efforts continue to this day. During both the first and second World Wars, the priceless stained glass windows were removed to keep them safe from harm.

On July 9, 1984, fire once again took its toll on the Minster. The disaster was believed to have been the result of a lightning strike, which destroyed the roof in the south transept. It took over $40 million to replace the roof, along with repairing the damage to the interior. This work was completed in 2008.

Restoration is ongoing. When we visited York in 2014, this was evident. Repairs are currently being made to the East Window.

When I return to the Minster, as I surely will, my goals are to climb the over 200 steps to the top of the central tower, to spend more time exploring the Chapter House and, perhaps, to see the sun streaming through those magnificent windows just one more time before that ability, albeit limited, leaves me forever.

The official York Minster website has current information on upcoming events and many other items of interest. It’s worth a special trip to York so as not to mis this WOW!