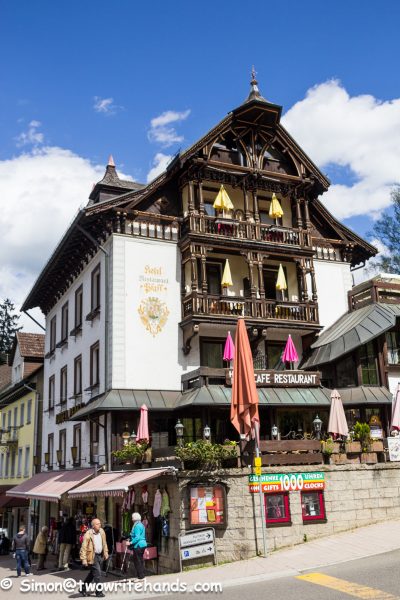 In a Constantly Changing World, some Forms of Beauty Are Timeless. 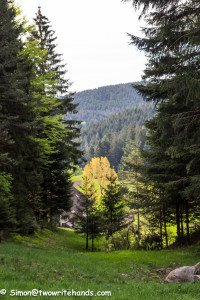 View from the Hotel Meadow

“This is like a long, cool drink,” sighed Anna’s cousin, as she drove her car farther into the depths of Germany’s Black Forest. The shade furnished by impenetrable walls of, trees that bracketed the road, brought blissful relief from the relentless July heat that defined the European summer of 1976. A narrow strip of powder blue sky revealed the road in front of us, in sharp contrast with the near blackness on either side. Although we could have all used a potable version of that long, cool drink,, “WOW!” was all I could think to say.

Anna and I had been friends since our sophomore year in college, and at 25, we were off on a three-week grand adventure that took us to long-dreamed-of cities like Paris, Amsterdam, Zurich, Vienna and Munich. In Lar, Germany, we stayed with Anna’s cousin and her husband, a Brigadier General in the Canadian Army.

After traveling on our own up until that time, it was a welcome break to be in the company of gracious hosts who knew the area well. We were taken across the French border to enchanting Strasbourg, shown around Baden Baden, made famous by its healing mineral springs and driven a relatively short distance into the land of Grimm’s fairy tales and cuckoo clocks, known as the Black Forest.

I had far more sight than I have today, so I could appreciate the trees, the sky and the effect they had on me. This minute slice of the 4,400 square mile Black Forest in Germany’s south-west corner, exuded strength, resiliency and sheer natural beauty as the treetops appeared to close over the ribbon of sky in the distance. Except for the chorus of birds, the steady hum of the car’s engine and the intermittent conversation in the car, it was easy to imagine an unbreakable silence stretching into infinity beyond the fortresses of towering trees. 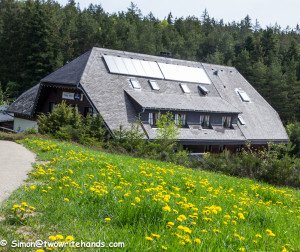 Nearly four decades later, this memory was still vivid when I returned to that magical place, accompanied by Simon and Otto. We were volunteers for Diverbo, a Madrid based company that specializes in week-long English immersion programs in Spain and Germany.

This was our first program in Germany, having previously volunteered at two locations in Spain. Our time with both students and fellow volunteers had taught us that we would be learning far more than we would be teaching,so I was more than ready to add far more detail to my brief 1996 impression of the Black Forest.

In case you hadn’t guessed, the Black Forest, located in the state of Baden-Württemberg, comes by its name honestly by way of its seemingly endless canopy of dense trees. But there is more to the forest than the trees. You will find hills to climb, rivers for boating and fishing, countless miles of trails for serious hiking or leisurely walking, thriving agricultural areas complete with quaint farm houses and roaming dairy cows to make you smile and charming towns and villages to wander. 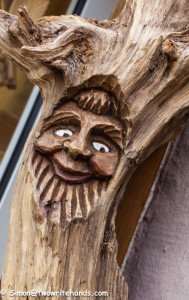 Bordering on Switzerland in the south and France in the west, the Black Forest has seen its share of upheaval and destruction.

As is common all across Europe, evidence of Roman influence can be found in the Black Forest. They established settlements near the forest’s edge, which are attested to by the baths in Badenweiler, and mines outside Badenweiler and Sulzburg and, of course, a Roman road at Kinzigtalstrasse.

But the Romans never colonized the Black Forest itself. It was the Alemanni who settled in the valleys, that crossed what is known as the “red sandstone border” in the 10th century.

Uprisings, (including the Bundschuh movement), which gave rise to the 16th century German Peasants’ War,, took root in the Black Forest. Then came the saltpetre uprisings, which plagued Hotzenwald over the next two centuries.

But uprisings weren’t the only calamities waging war on this forest. By the mid 1900s, the original combination of deciduous trees and spruces at the higher elevations, were almost completely destroyed by intensive deforestation. The forest was eventually replanted, mostly with spruce trees.

In 1900, Mother Nature sent her daughters, Vivian and Wiebke, in the form of hurricanes, bringing extensive wind and rain damage to the Black Forest. And the day after Christmas 1999, Hurricane Lothar brought the 20th century to a devastating conclusion, causing even heavier damage. 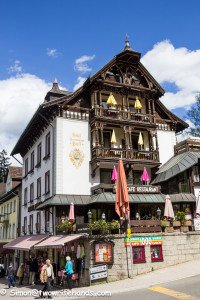 Although the new millennium saw little cause for celebration in the Black Forest, the trees and people made a stunning come-back. This area is one of the most popular vacation destinations in the whole of Germany and its neighboring countries.

For Simon, the rest of the volunteers, the students and me our six days in the Black forest were filled with hard and satisfying work. But while we were working we had the opportunity to takes walks on the road and in the forest, enjoy the ham and decadent cake named for the region, toast with local draft beers and wake up each morning to the joyous sound of birdsong.

There is much to tell about the Black Forest and our experience with Diverbo, but that will have to wait for another time. What got me going here was my first brief glimpse  of the Black Forest, and how the older and wider – I mean wiser me found it to be even more of a WOW than it had been in 1976.

The official website for the Black Forest can help you learn more about the breath-taking part of Germany.