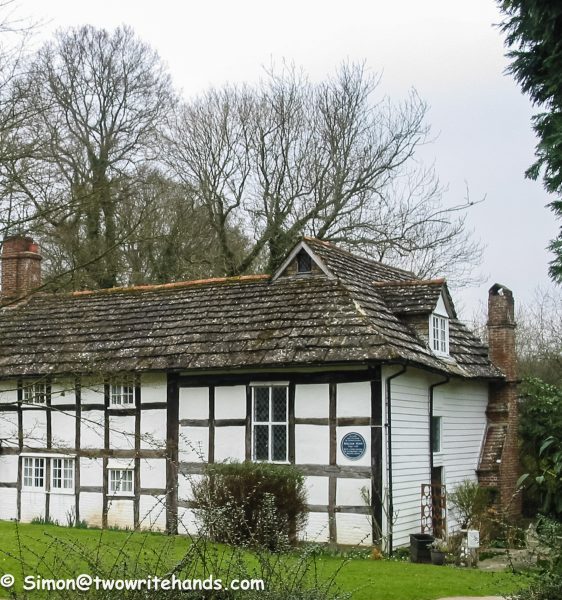 Within moments of being seated, the traditional silence began to gently enfold us in its welcoming warmth. Occasionally, a member of the congregation would rise to share a favorite memory of my father-in-law, Sidney Lock, with all who had gathered to celebrate his life. Friends and family, including his three children, their spouses and eight grandchildren, had traveled from parts of England and the United States for a special memorial for Sidney, who had passed away the previous December. For those of us who knew him well, it only seemed fitting to begin the celebration at the Blue Idol Quaker Meeting House, where he had found fellowship during the latter years of his life. For his only daughter-in-law, it also turned out to be a WOW unlike any I had ever experienced. 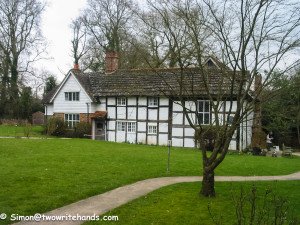 Located in the western part of Sussex County, in close proximity to the villages of Coolham, Billingshurst and Thakeham, the Blue Idol is believed to have its origins as a farmhouse, built somewhere around 1580. It has remained virtually unchanged since 1600. The building contains some fascinating features, such as the original gallery and the ministers’ stand. Within its walls lies a rich history of significant interest to the Quaker community as well as to local historians. For me, running my fingers along the roughness of aged wood below the gallery went far beyond interesting, right into bloody awesome!

There are several theories regarding the name “Blue Idol”. However, the most likely is the use of bluewash on the exterior of the building during its closure between 1793 and 1869. In other words, the structure lay idle. At the time, bluewash was used on rural structures, instead of the whitewash covering the building today. Hence, Blue idle in the 19th century became Blue Idol, the name by which the building is now known.

However, it is the people who have worshiped within the walls of the Blue Idol Meeting House that have shaped its character through the centuries. Perhaps the most notable of these is its founder, and founder of the city of Philadelphia, William Penn, for whom the state of Pennsylvania is named.

In 1682, Penn, a prominent Quaker who lived in nearby Warminghurst Place, committed himself to finding property in the area to house a formal meeting place where Quakers could gather for peaceful worship. Unfortunately, nothing was accomplished until 1691, when Penn returned from a voyage to the colonies. It was then that John Shaw, a fellow Quaker, donated the £53 required to purchase ‘Little Slatters’, which would later become the Blue Idol Meeting House.

But life was anything but peaceful for William Penn. Between 1665, when he was 21, and 1696, Penn was relentlessly persecuted for his deeply held Quaker beliefs, was imprisoned and lost his wife and five of his eight children. Penn finally received a reprieve from King William of Orange in 1694. Eventually, he remarried and built a new family.

In 1682 many Quakers from West Sussex joined Penn on the long and difficult voyage to America on the ship “Welcome”. Penn sought to establish a safe haven where people suffering religious persecution could worship freely. His principles regarding concerns such as slavery, equality and social justice ensured that the new state destined to bear his name would be a gentle place. 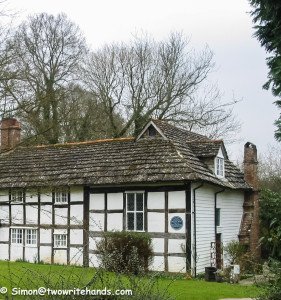 Unlike many New World colonies, the Quakers never suffered attacks from the native population. Perhaps it was the Indians’ respect for the Quakers’ peaceful ways that caused them to leave the community alone.

Today, the Quakers of Blue Idol are twinned with Quakers in Central Philadelphia for Monthly Meeting. They also have a running group, a website, a Face Book page and a Twitter presence. Their beliefs may date back several centuries, but they also know how to embrace the present in positive ways.

I have always admired and respected the Quakers for their courage and self-sacrifice in facilitating the escape of countless southern slaves to the north prior to and during the American Civil War. Despite my knowledge of this period of American history, I confess to have known little about their practices and beliefs. But the hour spent in the comforting and calming atmosphere of the Blue Idol, served to increase both my knowledge, and admiration.

In the 17th century, a man named George Fox founded The Religious Society of Friends, known to the world as Quakers. At the core of this Christian-based religion lies the uncompromising belief in the existence of Jesus Christ. Beyond this, each individual is at liberty to form their own personal spiritual understanding, and each individual’s spirituality is worthy of love and respect. Other shared beliefs include peace and the refusal to participate in wars, equal justice, freedom of thought and belief and responsibility for one’s own well-being and that of the community.

Because Quakers believe that everyone has God within them, there is no member of the clergy officiating at the meetings. The congregation sits in silent reflection until, or unless, a member is moved to speak. It is not unusual for a meeting to end without a speaker. The end of the meeting is always signified by two of the elders rising and beginning to shake hands with attendees, which encourages everyone to do the same. 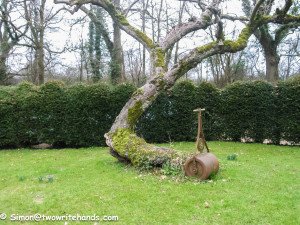 The Garden of the Blue Idol Quaker Meeting House

The shear simplicity of the meeting in honor of Sidney made me feel both soothed and awestruck at the same time. The ability to sit in utter silence for the better part of 45 minutes was surprising, because I have a hard time sitting still for 45 seconds. Such was the effect of the Blue Idol. Knowing that no one expected anything of me provided the perfect opportunity to experience grief, and the beginnings of healing in my own way. It was also up-lifting to hear those who felt moved to, speak of the many positive ways in which they had known Sidney. To my surprise, I found myself on my feet doing the same.

The two days we spent in Sussex were a bitter-sweet reminder of a one-of-a-kind man who had left an indelible impression on many lives. As much as Simon, the boys, Otto and I delighted in spending time with our English family, it was, the Blue Idol Meeting House that brought me the most comfort. Paying quiet respect to the father-in-law I had known and loved for over three decades was a WOW of an experience I’ll never forget.

Over 27,000 people attend Quaker meetings in 500 locations throughout the United Kingdom. Many of these are Quaker-owned Friends Meeting Houses one of which is the Blue Idol.

All are welcome at the Blue Idol Meeting House for Worship – mostly referred to as ‘Meeting”. The Meeting House itself is wheelchair accessible, however, regretably the same is not true of the restrooms.

You can learn more about The Blue Idol Quaker Meeting House, its recent reopening following a two year long renovation, why the building now needs a new roof and how Quakers live their beliefs by visiting the Blue Idol website.