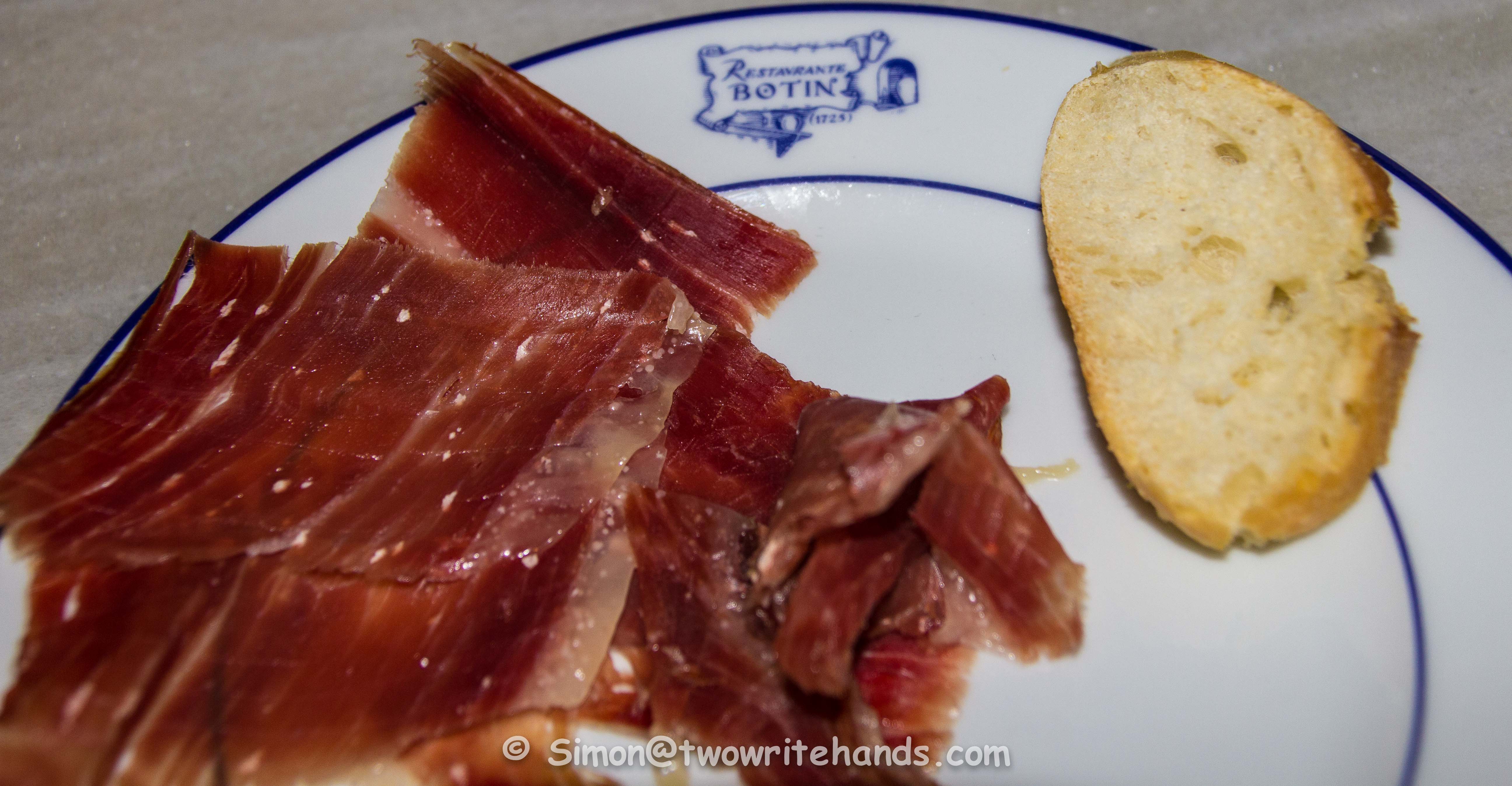 Time Honored Tradition and Care are the Hallmarks of this Historic Madrid Restaurant.

It was one year ago that I began this journey of travel WOWs. At that time, my Six Legs Will Travel blog was dying of malnutrition because it wasn’t being fed content on a regular basis. So I made a commitment to write something at least once a week, and that’s how the Weekly WOW was born.

On this 52nd WOW, it seems only fitting to return to where it all began with a visit to Sobrino de Botin in Madrid, the world’s oldest working restaurant, according to the Guinness Book of World Records.

Simon, Otto and I discovered this Castilian jewel in July 2014, while exploring Madrid. We were fascinated by Botin’s history, delighted by the Iberian ham we sampled and totally charmed by owner, Antonio Gonzales. 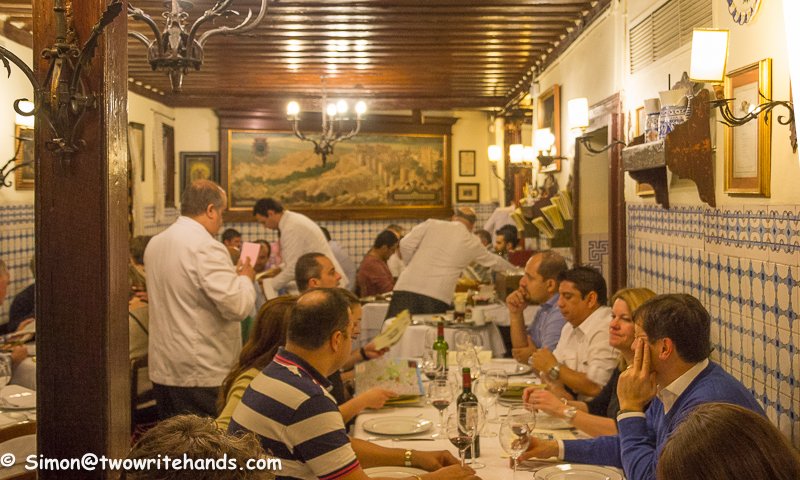 A Busy Evening at Botin

Less than a year later, we once again found ourselves in the vibrant city of Madrid. Shortly after our arrival we made a beeline for Botin. This time, we enjoyed an evening meal on the restaurant’s second floor a few feet away from the corner table where Ernest Hemingway had frequently dined. This part of the restaurant was immortalized in his novel, “The Sun Also Rises”.

The history of Botin is unique and fascinating, but that night, we were there for the food. As a starter, we shared a plate of that magnificent Iberian ham, and not just for nostalgia. There is something about that mild, chewy extraordinarily flavored cured meat that calls your name any time your within its vicinity. Along with some crusty bread, it reminded my taste buds how good life can be. 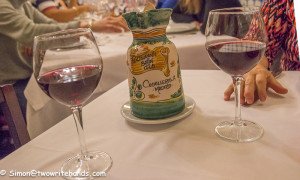 A Jug of Sangria at Botin

We ordered a jug of sangria to accompany our meal, and that, too, was over-the-top. Refreshingly fruity, with just enough sweetness to remind us that it was indeed sangria, it went down far too smoothly. I actually thought I heard my throat say, “Thank you.”

Next we shared one of Botin’s signature salads. It arrived in a bowl that provided a perfect canvas for the artfully arrayed greens, ham, hard-cooked eggs, cheese, beets and artichokes. The ingredients looked every bit as delectable as they tasted. The tastes and textures combined to make the dish even more flavorful than the sum of its parts.

I really wanted to stop at the salad, but just then,a plate of roast baby lamb – a Botin speciality – drifted by, and Simon was smitten. At this point, my head and stomach were engaged in a battle of gastronomical proportions. Encouraging Simon to order the lamb after all, it seemed disrespectful to come to Botin and not try one of the specialities of the house – giving me the opportunity to sample this exceptional dish without guilt. 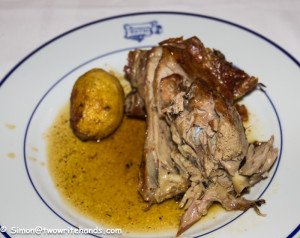 A Serving of Roast Lamb at Botin

The lamb was juicy, and lightly seasoned so the subtle smokiness imparted by the original wood oven could take center stage. The juices made for a sauce that complimented the meat, and took it to an even higher level. The crisp-tender potatoes drizzled with a little of the sauce, made the perfect accompaniment for the meat. 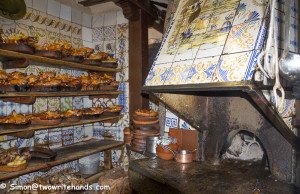 Our bill came to around €80. A splurge to be sure, but well worth it. The entire meal was superb, and lived up to Botin’s reputation for, quality ingredients and preparation. The service was professional, but friendly. The atmosphere was casual, but subdued There was even a trio of local musicians who came to serenade us toward the end of our dinner.

All that was missing to have made it a perfect evening was Antonio Gonzales. We had exchanged emails, but couldn’t quite arrange to meet. Oh well, maybe next time. And next time may be as early as next summer. I’ll keep you posted. Now, there’s a WOW worth waiting for.!

Have you enjoyed this year of WOW’s? Do you have any suggestions for how I could make this feature better? Do you have a WOW or two to share? Let me know in the comments below.