The Greenville Breakfast Tour Will Kick-Start Your Day: 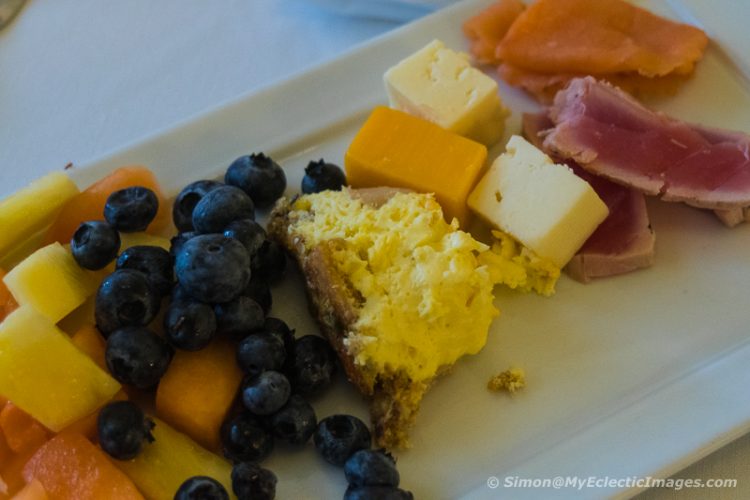 A Deliciously Wicked Wake-Up Call for Your Taste Buds

Food tours in major cities have become easy to find over the last decade, but the most important meal of the day has been sadly ignored. That is until now. John Nolan, owner and sole guide of Greenville History Tours has taken the lowly morning repast to a lofty level with the Greenville Breakfast Tour he rolled out eighteen months ago.

In 2006, John launched his company offering the first historical tours of Greenville. The then mayor, as well as other local movers and shakers were enthusiastic and pledged their support for the venture.

Inspired by food tours he experienced during a visit to NYC, John launched his first Greenville food tour eight-and-a-half years ago. He researched the growing local food scene, and partnered with Table 301, a Greenville area restaurant group. While researching national trends, John was surprised how few breakfast tours there were to be found in the United States, and the Greenville Breakfast Tour was born.

Our Greenville Breakfast Tour began with a short walk through the lobby of the historic Westin Poinsett Hotel and ended with a waddle back to our car. But it’s what ensued between those two rambles that made our morning.

John drove us from venue to venue in a comfortable air-conditioned, 15 passenger van. En route, he regaled us with stories of Greenville’s past and present, as well as the city’s ever-expanding food and art offerings..

It became clear that John was well suited for the role he had taken on. He has a genuine love and knowledge of history. He also teaches art history, watercolor, and drawing at Bob Jones University.

It was a good thing John told us we could take to-go boxes for any foods we wanted to save for later. Considering the quality and amount of food we were offered throughout the tour, those boxes came in handy.

The Breakfast Buffet at Spoonbread – the First Stop on the Greenville Breakfast Tour (©simon@myeclecticimages.com)

Entering the lobby of the Westin Poinsett Hotel, we ascended a flight of stairs and found our first Greenville Breakfast Tour venue. Spoonbread spacious with an enormous mirror opposite the entrance that enhanced the effect. The décor harkened back to the mid-1920s. The room had a high decorative ceiling and eight-foot wall paneling in neutral shades of gray, white and beige.

The buffet occupying the center of the restaurant offered enough tempting choices to make us dizzy: fresh breads and pastries, luscious looking sticky buns, a variety of cold cuts and cheeses, whole and cubed fresh fruits, egg dishes, bacon and sausage, pots of hot grits and oatmeal, cold smoked salmon and seared tuna, as well as an omelet station with every kind of filling you could imagine. Keeping in mind that there was more food in our near future, we opted for fresh fruit, a piece of frittata, and some of the two types of cold fish. All were fresh and flavorful.

Before leaving, we took in some of the details of the historic hotel that had survived major renovations since its opening in 1925. Among them were the original coppered ceilings, crystal chandeliers, elaborate iron work, and a shoeshine stand. And we had an extra surprise when we learned the restrooms were located in what once had been the hotel safe.

“Put Some South in Your Mouth” is the slogan for Biscuit Head, a high-ceilinged breakfast hot spot that also serves lunch. The restaurant is the brainchild of Jason and Carolyn Roy, who own three successful Biscuit Head locations in Asheville, NC. Building on their success in Asheville, the couple opened the Greenville restaurant two years ago.

Arriving at our table, we picked up our mugs, each of which was different – and headed to the coffee and ice tea station. We also picked up selections from a bar showcasing a variety of innovative home made jams, flavored butters and hot sauces. I chose a chili mango jam to plop on the biscuit half that served as an appetizer, but before I was able to take my first bite, our server arrived with our entrees.

What landed in front of us was a concoction of home made sriracha-maple sausage that looked like it had been sliced from a loaf, pimento and cheddar cheeses, a poached egg, pickled onion, sriracha sauce, and green onions. All this was layered between halves of an enormous crunchy on the outside, tender on the inside, biscuit. In fact, the biscuits are called cat head biscuits in reference to their size. Everything was spicy, scrumptious, and packed with flavor. We washed it all down with freshly squeezed orange juice, and headed for our third and final Greenville Breakfast Tour location.

Our final Greenville Breakfast Tour stop was located in downtown Greenville in the Historic West End. Le Petit Croissant Bakery’s claim to fame is its fine European style pastries and chocolate. The owner and creator of these magical sweet treats is Chef Vincent Caradonna, a chocolate and pastry master from France.

Housed in an older building, the interior of the shop consisted of a long room with a brick wall down one side. Tables occupied both sides of the room. On one side stood a counter displaying the tempting offerings of the day. A chalkboard separating off the kitchen gave notice of upcoming events and classes. But the star attraction was the desserts Vincent offered us.

Each of our plates contained a buttery croissant filled with a rich almond paste, a macaroon filled and decorated with chocolate, and a bonbon consisting of a fine dark chocolate shell filled with a lemon lime ganache. Each was a rare and divine treat reminiscent of fine pastry shops we discovered in Europe.

All of Vincent’s freshly made breads, chocolates and pastries are assembled with locally sourced ingredients and imported speciality items, including all the flours used in the baked goods.

Vincent had a stellar career traveling internationally for his work as a global consultant. He taught the art of fine pastry and chocolate making. Vincent settled in NYC, married a Greenville girl, then moved to Greenville to be closer to her family. He opened Le Petit Croissant two years ago, bringing locals and tourists alike the opportunity to develop an understanding and appreciation of the joys of fine baking and chocolate.

Le Petit Croissant offers classes in making chocolates, macaroons, as well as croissants and breads. Vincent also provides mini-desserts for weddings and corporate events, as well as offering leadership and team-building training centered on the creation of fine sweets. If such training had been offered during my working years, I wouldn’t have dreaded those lame staff development days so much.

Disclaimer: Greenville History Tours generously hosted us on their Greenville Breakfast Tour, however, all opinions, as always, are entirely my own.