[Weekly WOW #015] The Other Lincoln Bedroom: 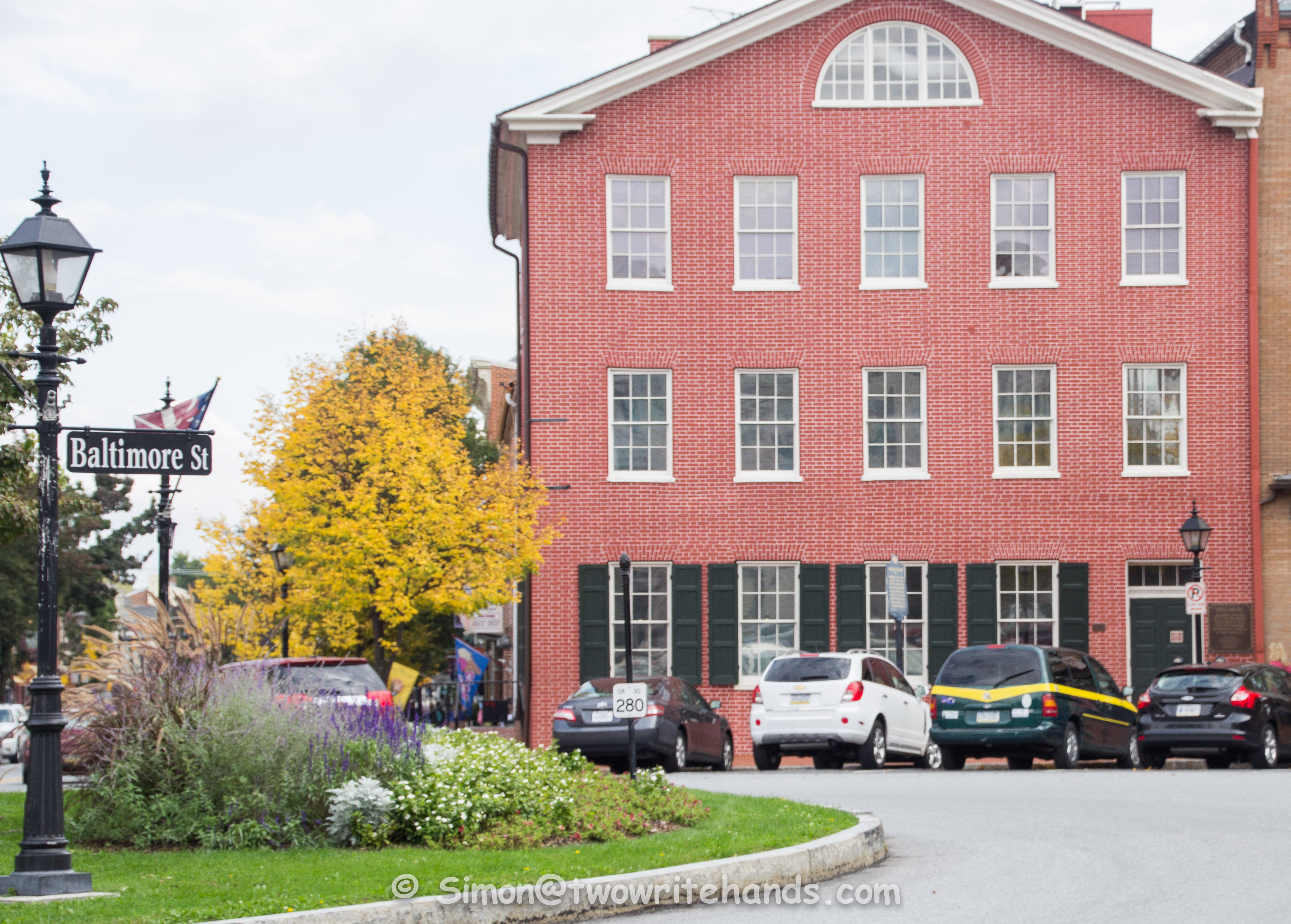 The David Wills House in Gettysburg

Gettysburg, Pennsylvania is one of those places that stays with you, no matter how long ago and far away your last visit was. It is an area of many diverse WOW’s. On our first visit to Gettysburg, but certainly no our last, my biggest challenge was choosing just one.

So, where is it written that there can only be one WOW? After all, it’s my blog, and I get to decide. The David Wills House is the second – Arendtsville was the first Weekly WOW from Gettysburg – and it won’t be the last. 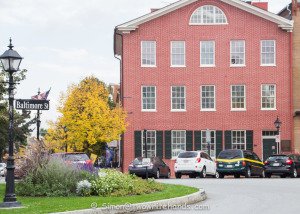 David Wills was a 32-year-old attorney in the fall of 1863. He was wealthy and successful, and his home, located in Gettysburg’s historic district, was the largest house on the town square.

Like many Gettysburg residences, David Wills’ house was used to care for the many wounded soldiers during and after the Battle of Gettysburg, July 1-3, 1863.

Wills was active in the massive clean-up following the battle, helped to organized the removal of the bodies of Union soldiers from shallow battlefield graves to their final internment in the Gettysburg National Cemetery, and was instrumental in making the cemetery a reality. It was to this cemetery that President Abraham Lincoln came to help dedicate on November 19, 1863.

Edward Everett, a great orator of the time, was scheduled to give the main address, and Lincoln, almost as an afterthought, was asked to add a few appropriate remarks.

On November 18, Lincoln was Wills’ guest. Along with Everett and other prominent men, Lincoln spent the evening dining and discussing topics of common interest, which no doubt included the progress of the Civil War since the famous battle. 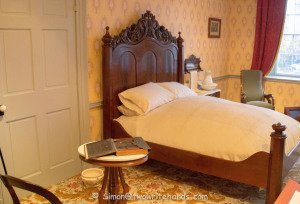 Bedroom Used by Lincoln in the David Wills House in Gettysburg

Later that evening, Lincoln retired to the second-floor guest room, where he put the finishing touches on what would become one of the most famous political speeches in history (see below).

Our visit to the David Wills house was an unexpected joy for me. We had spent the better part of two days exploring the history of the Battle of Gettysburg. It was the battle that turned the tide of the Civil War in favor of the Union, but the price paid in blood, broken lives and destruction was extraordinarily high. I’ll spare you the statistics this time, but, as interesting as the history was, my mood as I entered the David Wills House was glum and distracted.

What greeted me was a structure and a story that lifted me up, and filled me with reverence.

Opened to the public on February 12, 2009, to coincide with Lincoln’s 200th birthday, the house is comprised of five historical galleries and two reconstructed rooms. The galleries contain videos and exhibits that depict the era in which Wills lived. There is a list of dispelled myths about Lincoln and the Gettysburg address, such as the tall tale about the famous speech having been written on an envelope on the train to Gettysburg. It wasn’t.

Wills’ office, which has been furnished in the style of the day, had quite an enormous desk. Either Wills was a very tidy man, or someone forgot to add a few things, but the desk was dust-free and uncluttered. I can understand the lack of a computer, printer and phone, but where was the unruly mess?

The upstairs bedroom where Lincoln spent the night before his famous speech was likewise furnished with period items. There was a video on a continuous loop, and like the others we saw, was well worth watching.

Although I was already in a state of wonder at being in the house, this bedroom drew me in like nothing else. It was the place where a great man prepared to give a historic speech that is quoted to this day. It was where the President of the United States brought the burdens of a long war, a divided nation, horrendous loss of life, massive destruction and the responsibility he bore. The weight must have been crushing, but he did what he came to do, and his words will be remembered for generations to come.

The David Wills House is a National Park Service Museum, and no visit to Gettysburg should be complete without a visit. Even if you’re not as in tune with historical events as I tend to be, just try standing in the room where Lincoln stayed and not say WOW.

Destination Gettysburg is the place to go to find information about the David Wills house and the many other attractions in beautiful Adams County.

Four score and seven years ago our fathers brought forth on this continent, a new nation, conceived in Liberty, and dedicated to the proposition that all men are created equal.

Now we are engaged in a great civil war, testing whether that nation, or any nation so conceived and so dedicated, can long endure. We are met on a great battle-field of that war. We have come to dedicate a portion of that field, as a final resting place for those who here gave their lives that that nation might live. It is altogether fitting and proper that we should do this.

But, in a larger sense, we can not dedicate — we can not consecrate — we can not hallow — this ground. The brave men, living and dead, who struggled here, have consecrated it, far above our poor power to add or detract. The world will little note, nor long remember what we say here, but it can never forget what they did here. It is for us the living, rather, to be dedicated here to the unfinished work which they who fought here have thus far so nobly advanced. It is rather for us to be here dedicated to the great task remaining before us — that from these honored dead we take increased devotion to that cause for which they gave the last full measure of devotion — that we here highly resolve that these dead shall not have died in vain — that this nation, under God, shall have a new birth of freedom — and that government of the people, by the people, for the people, shall not perish from the earth.