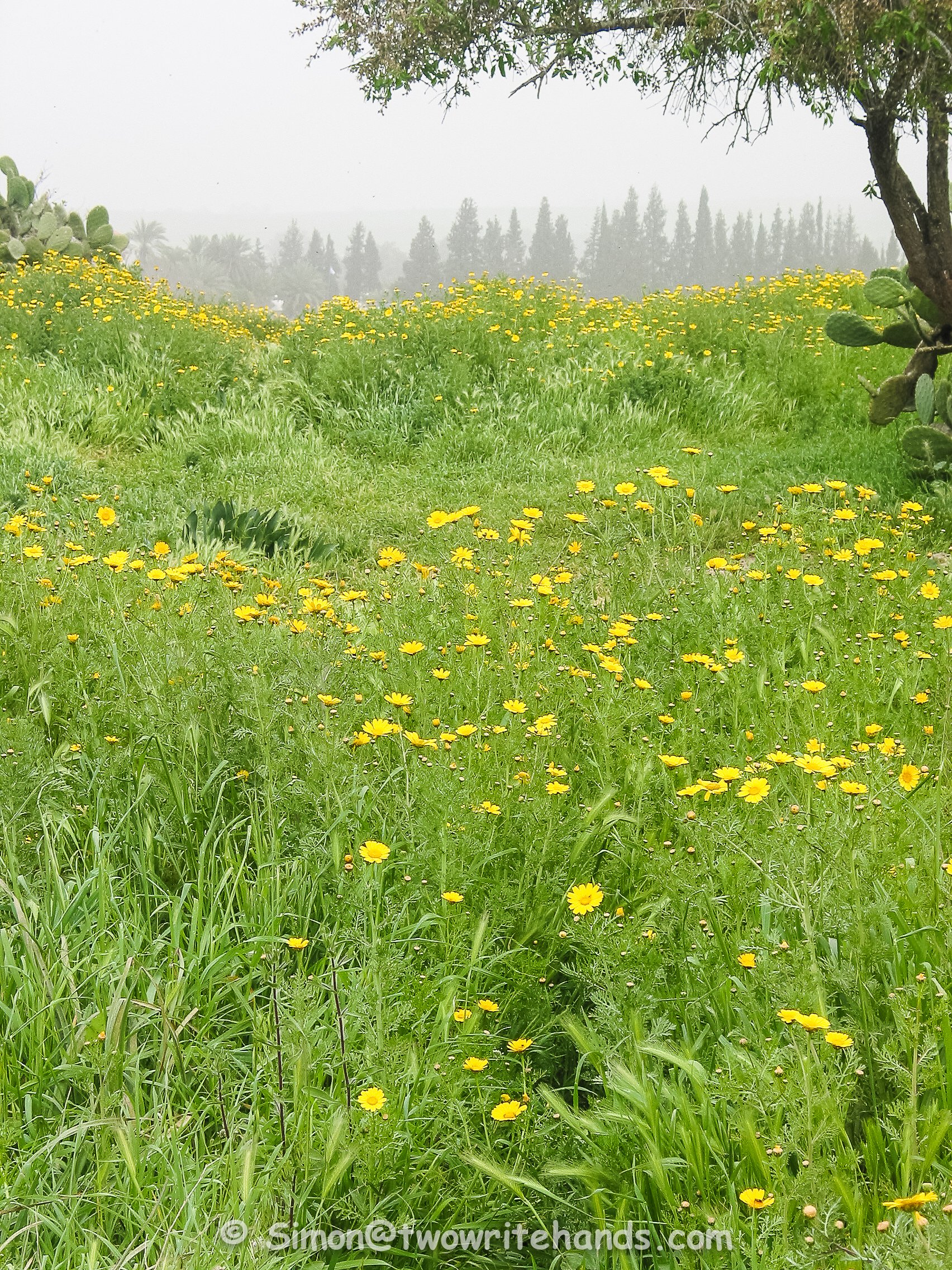 From Unwelcoming Wasteland to Garden of Eden

It used to be that the word “desert” would conjure up visions of endless mountains of sand and rock: barren, unrelentingly arid and hot, but beautiful in its own right. That was until my Israeli cousin took Simon, Otto and me on two excursions into the Negev, where the only endless attribute was the number of WOWs we could utter.

You’ve read about the Ramon Crater and the argan trees grown by Yoni at Orlyya, but the Negev as a whole tells an amazing story of ingenuity and the will to survive and grow. 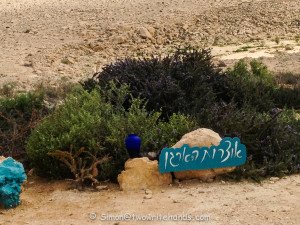 Herbs Growing in the Negev Desert 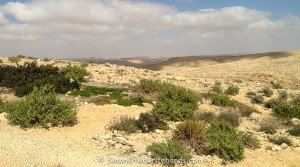 Scattered Herb Plants being Cultivated in the Negev Desert

Let’s start where we left off at Orlyya. As magnificent as the story of Yoni’s argan trees may be, they are not the only WOW on his property. He also cultivates an assortment of fresh organically grown herbs that dot the landscape in large clumps. Along with familiar, plants like rosemary and lemon grass, Yoni grows herbs with exotic names such as White Micromeria and Origanum syriacum-hyssop. These plants are used to treat all sorts of ailments from indigestion to high blood pressure. On the Orlyya website you will find a list of herbs, their uses and how to prepare them.

But organic herbs and argan trees are just the top of the sand dune, so to speak. The Negev, which comprises 60 per cent of Israel’s land mass, is in a perpetual state of shrinkage. Since the 1960’s, Israel has been perfecting desert agriculture, and leads the world in this area.

Despite the fact that more than half the country is not naturally conducive to agriculture, Israel still manages to produce 95 per cent of the food required to feed its population.

Approximately 2.5 per cent of Israel’s GDP and 3.6 per cent of its exports come from agriculture. In fact, Israel is one of the largest exporters of fresh produce, as well as a leader in agriculture technologies.

One of my favorite fruits of these technologies that is transforming the Negev is cherry tomatoes. The amount of water and its mineral content used to grow them make them two to three times sweeter than your average supermarket tomatoes. You can take it from someone who spent an entire week gorging on multi-colored cherry and grape tomatoes and sweet peppers from the Negev. Each bite was an explosion of juicy sweetness that only made me want more. 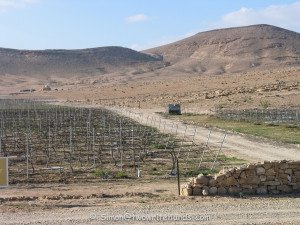 Vineyard Deep into the Negev Desert

The Negev produces tomato crops three to four times larger than any other country in the world. Along with the tomatoes and peppers, the Negev offers up cucumbers, zucchini, grapes for some intensely delicious wines, olives, flowers and many other gems that make life sweet.

Flowers at the Edge of the Negev Desert

Yes, flowers. I’m not talking about cactus flowers, either. Every February, areas of the North Negev hold the South Red Anemone Festival, a celebration of health over four weekends beginning in late January. At this time of year, the anemones are at their peak, spreading thick carpets of small red flowers where, theoretically, there should be sand. When we visited the area, we had just missed the festival. Instead of red blooms, we were treated to a profusion of the yellow version of the same flowers. We may have missed the red flowers and the party, but what we did see was pretty WOWsome.

Israel’s first prime minister, David Ben-Gurion, was adamant that the Negev be included as part of the new Jewish state. He believed that the land, although considered to be uninhabitable, could be made fertile. He had unshakable faith in the determination and ingenuity of the native population and the Holocaust survivors who poured into Israel from Europe, Asia and North Africa. 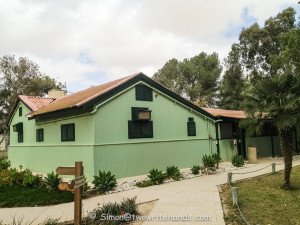 But for Ben-Gurion, it wasn’t enough to simply support the cultivation of the Negev from afar. He and his American-born wife, Paula, built their simple home in the desert, and were hands-on involved with the day-to-day operations of a near-by kibbutz. Their home is now open for public tours, – well worth the time and entry fee. The couple’s burial place is in the garden on a hilltop overlooking a stunning view of the Tsin Valley. 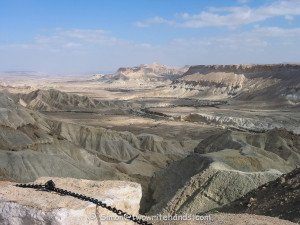 View from The Ben-Gurion Grave Site Over the Tsin Valley

True to Ben-Gurion’s vision, Israeli researchers have developed ground-breaking technologies that enable brackish water to be used for irrigation,. There may be very little fresh water beneath the Negev, but the supply of brackish water is virtually unlimited. These technologies can hold the key to feeding hungry populations world wide.

Ben-Gurion’s faith has been rewarded ten-fold by the flourishing farms and settlements to be found in the Negev. If he were alive today, he would surely look at all that has been accomplished, and say WOW!

The Negev Foundation website provides detailed information about cultivation of the desert.