Watching the Panama Canal Do What It Does Best.

It was a heart-stopping moment. Although a large tanker or cruise ship would have been much more exciting, watching the four sail boats and a tour boat entering the Miraflores Locks on their way from Atlantic to Pacific was still very much a WOW!

If you’ve been following our adventures in Panama, you know that I’m fascinated by the history and operation of the Panama Canal (is there such a thing as a canal crush?), and I can’t get enough of it. So, of course, when Simon and I were in Panama City following our second multi-week visit to this happy, generous and drop-dead gorgeous country, we didn’t miss the opportunity to observe Panama’s 100-year-old wonder in action. 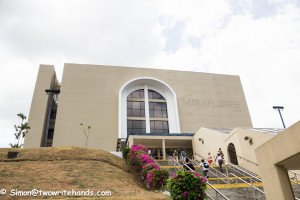 Last year, Simon spent a glorious day on a canal eco tour,  and I had hoped that we could both participate in a transit tour this year. Well, it didn’t quite work out, so we went to the Miraflores Visitors Center, ascended to the observation area and observed first hand the magic of getting boats and ships from Atlantic to Pacific and vice versa.

From our vantage point, we looked across two of the Miraflores Locks on the Pacific side of the isthmus. A narrator dispensed facts and anecdotes in Spanish and English as we waited for the water in the lock chamber below and to our right to lower and become level with the water in lock chamber on our left, which was rising, so the five boats could move through the gates, on their way to the Pacific. 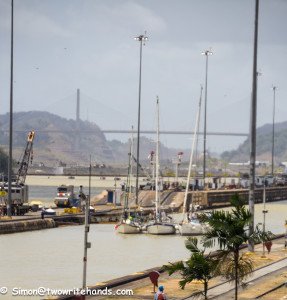 Imagine the locks as steps made of water  – one flight up to a lake at the top and a flight down from the lake – with thick concrete walls on each side. There are seven-foot thick gates at each end of every step, making each level an enclosed chamber. The locks lift vessels up from one ocean to Gatun Lake, 85 feet above sea level. The vessels cross the lake to the locks that drop them down to the other ocean. The locks have two parallel chambers, allowing vessels to transit the canal in both directions. 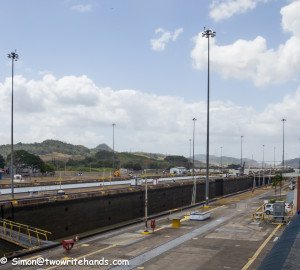 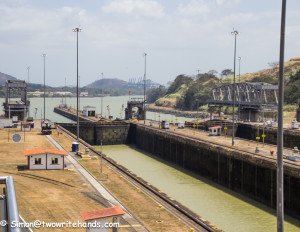 A View of the Lower Miraflores Lock 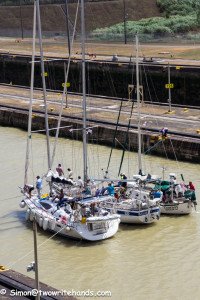 When a vessel enters the canal from the Caribbean side, the massive gates close behind it and its ascent through the three-step Gatun Locks begins. Water is pumped into the chamber, raising the vessel to the level of the next lock chamber.

The gates at the far end of the lock open, and the vessel enters. The gates close behind it, and the water level of the lower chamber is pumped out to its original level, ready for the next vessel. Meanwhile, the process of filling and emptying the next chamber is repeated.

After traversing Gatun Lake, the manmade fresh water lake that supplies the water for the locks, the same process of raising and lowering water levels in the lock chambers is performed in reverse through the Miraflores and Pedro Migel Locks, on the pacific side.

What is so amazing is that the two locks took less than ten minutes to reach equilibrium, and then we heard what sounded like a school bell, followed by a mechanical rumble as the gates opened. The five small boats entered the chamber on our left. The gates closed, and the chamber to our right began to refill while the other chamber pump water out, thus further lowering the boats.

It sounds simple but making the process look like a piece of cake is due to the skill of the men who constructed the Panama Canal and the people who operate and maintain it today. 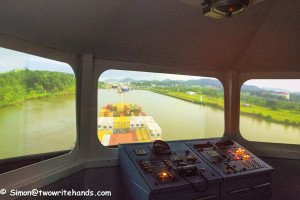 When the large ships come through, there may be only two feet on either side between the ship’s sides and the concrete walls. Each vessel that transits the canal has a Panama Canal Authority pilot onboard to make sure that there’s no side-swiping of walls, or ramming of gates by an inexperienced ship’s captain.

When the boats had gone, and we were assured that nothing big would be coming through the locks in the next couple of hours, we wandered down to the center’s museum, which was comprised of four exhibition halls. Each had its own separate theme: The History Hall, The Hall of Water, The Canal in the World and The Canal in Action. Most of the exhibits were behind glass, but a model, complete with water, of the locks gave me a clear picture of what we had just witnessed. There was also an expertly produced film that surrounded us with images of the canal in its various lights. 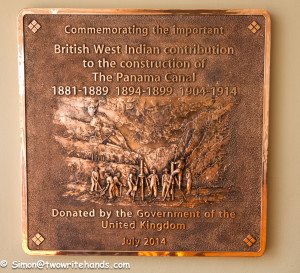 If you’re ever in Panama City, and can’t get out on the waters of the famous canal, the Miraflores Visitors Center will transform you into a canal junky. Well, maybe not, but it’s will elicit at least one WOW out of you.

Learn more about the Panama Canal and the Miraflores Visitors Center on its official website. 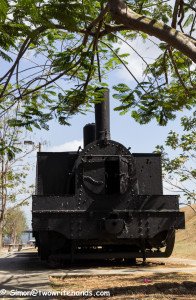