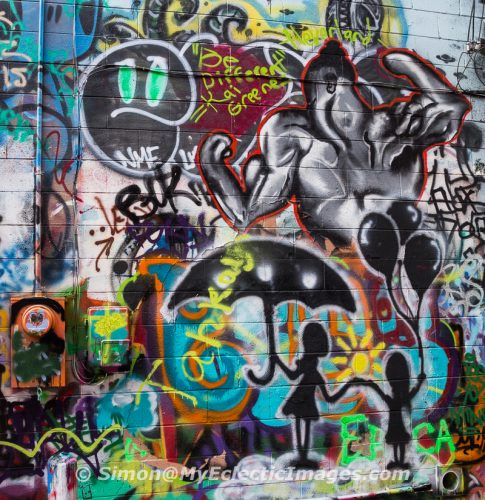 How Modern and Traditional Art Transformed This Area From Drab to Dynamic.

Drunks, druggies, decay and detritus. That was downtown Rapid City before 2011. On October 7 of that year Main Street Square officially opened to the public. It was an important step toward a revitalization that continues to bring enthusiastic locals and tourists flocking to the downtown area.

Simon, Otto and I were on our way to Denver in September, 2015, and were looking forward to visiting Mount Rushmore and the Crazy Horse Memorial. That was when we discovered Rapid City, and all it had to offer.

Following a tour of the Journey Museum and Learning Center, a must if you want to understand the history and culture of the area, we were introduced to downtown Rapid City by Julie Witcher, Director of Tourism for the Rapid City Convention and Visitors Bureau, who had arranged the itinerary for our visit. What we saw was a magnificent work in progress: the revitalization of a long-neglected part of this warm and welcoming town.

We admired the graffiti art in Art Alley. Once a dangerous eye-sore, this pathway joining 16th and 17th Streets, is a constantly changing art gallery. Professional street artists and other creative folks have transformed once vandalized building walls into ever-evolving canvases for all to enjoy. 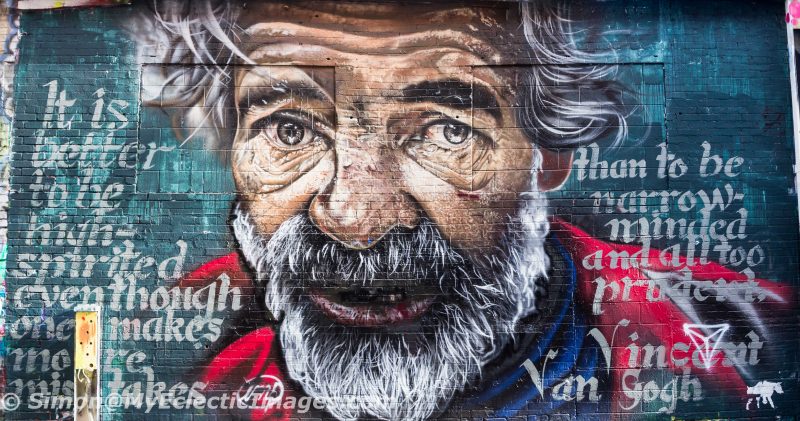 Downtown street corners sported sculptures of all the American Presidents, who will soon be joined by President Barack Obama following the completion of his second term in office. Four sculptors had been commissioned for the project, but each life-size presidential replica in bronze is unique. As Thomas Jefferson signs the Constitution, John F. Kennedy gives his young son a toy airplane. The sculptures are detailed, dignified, and as in the case of the Kennedys, deliberately poignant. Tourist alert – if you’re visiting Rapid City for the first time, or even the second or third, you shouldn’t plan on going anywhere in a hurry. Wondrous distractions await you at every street crossing.

Also stunning in their detail and realism are Native American sculptures, acknowledging the people who first walked and cultivated the lands in and around the Black Hills. We lingered long enough for me to trace the faces of a Lakota mother and daughter with my fingertips, and I suggest you do the same. That is how you will really see these sculptures.

A Square for All Senses

The opening of new restaurants, boutiques, art galleries and other businesses send an irresistible invitation for locals and tourists to come and partake. But the heart and soul of the downtown area is Main Street Square.

This square has all the attributes of a center for community gatherings, outdoor concerts, picnics and leisurely strolls. A state-of-the-art sound system, a permanent stage, shops, eateries, outdoor seating and even free wifi would have been enough to make the square a natural venue for individuals and families to come out and play. But Destination Rapid City, a key player in the implementation of the downtown revitalization project, was determined to make Main Street Square a catalyst for healthy business and community growth.. And in 2012, Main Street Square received the Healthy Communities Urban Plazas Award from International Making Cities Livable.

One of the squares most arresting features is the stonework, a sculpture project called The Passage of Wind and Water. In 2012, stone sculptor Masayuki Nagase, originally from Kyoto, Japan, was selected from a pool of 88 competing international artists to design and carve the 19 large granite stones located along the Main Street and 6th Street sides of the square.

I made a point of exploring several of the granite blocks.. Each stone had multiple levels and textures. Some areas of the granite were smooth, while others had a rougher feel. These contrasts added even more depth and interest to the superb visual effect.

One of the Carved Granite Blocks in Main Street Square (©simon@myeclecticimages.com)

Nagase has spent every summer since 2013 working on the sculpture project with traditional Japanese stone carving tools. During the frosty Rapid City winters, the artist works on the following summer’s designs in his Berkeley, California studio. Nagase plans to complete the Black Hills spire, and the project, in summer 2017

The sculpture project cost $2 million, but Rapid City tax payers won’t be footing the bill. The two stunning stone gardens and their grand spires were funded entirely by Destination Rapid City and the John T. Vucurevich Foundation. It is among the largest privately funded public art projects in the country.

If you can tear your eyes away from Nagase’s magnificent stone carvings, you will become aware of some of the other attractive features that make Main Street Square such a strong people magnet.

A man-made waterfall tumbles down four levels of granite boulders., Look down at the sparkling display and let your mind become absorbed with the sight and sound.

If you visit Rapid City in summer, you’ll see the whimsical dancing water fountain, where gleeful children cavort to the joyful sounds of music, laughter and lively conversation. If you go in winter, you’ll find the fountain replaced by a skating rink and an outdoor gas fire pit, where onlookers can sip hot beverages and stay toasty warm. Go any time of year, and enjoy people-watching, personal down time and the combined fragrances of coffee, burgers and down home good cooking wafting from nearby eateries.

A clean and safe gathering place for people of all ages to enjoy music, art, special events and each other. This is the kept promise of Main Street Square.

As early as 2005, signs of a downtown rebirth could be seen with the conversion of a distasteful alleyway into Art Alley, a canvas blank for graffiti artists and art lovers.

The downtown area is currently thriving with steady increases in retail sales and tourism. Sidewalks have been widened, trees planted and magnificent early 20th century buildings converted into modern gems such as Native American art galleries. Downtown Rapid City is still growing and expanding outward from its center. Proving once again that, when constructive ideas, careful planning and public support come together, good things indeed do happen.

Rapid City South Dakota is perfectly positioned in close proximity to Mount Rushmore, Badlands National Park and the Black Hills. But in spite of its famous awe-inspiring neighbors, this is one town you absolutely shouldn’t miss on your way to somewhere else.

Disclaimer: Our visit to Rapid City was made possible through the generosity of the Rapid City Convention and Visitors Bureau.  However, all opinions, as always, are entirely my own.